Did you know that cholesterol is actually a chemical substance? Its compound type is sterol type. It’s found in most body tissues. And it plays a crucial role in the structural component of animal cell membranes. It and its various derivatives are important constituents of cell membranes. And they’re precursors of other steroid compounds. It could also be a waxy substance, fat-like substance and it is found altogether the cells in your body. Every human being needs some cholesterol to make hormones and substances that assist to digest foods. Your body makes all the cholesterol it needs. During this chapter, we’ll study the cholesterol formula and its properties.

Cholesterol may be a waxy substance that’s present in plasma and altogether animal tissues. Chemically, cholesterol is a compound belonging to the steroid family. It’s a white, crystalline substance that’s odourless and tasteless. The primary component of the membrane of it surrounds each cell. The body synthesizes bile acids, steroid hormones, and vitamin D from it as it is starting material. 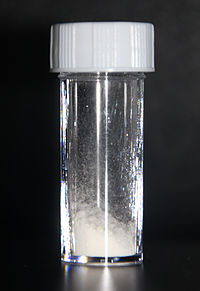 Cholesterol circulates within the bloodstream and a number of other organs. citizenry also ingest considerable amounts of cholesterol within the course of a traditional diet. Regulation of a compensatory system includes the quantity of cholesterol synthesized by the liver. The increased dietary intake of cholesterol gives leads to the liver’s decreased synthesis of the compound. It’s also a precursor molecule for all steroid hormones and vitamin D.

Synthesis within the body starts with the mevalonate pathway where two molecules of acetyl CoA condense to make acetoacetyl-CoA. this is often followed by a second condensation between acetyl CoA and acetoacetyl-CoA to make 3-hydroxy-3-methylglutaryl CoA (HMG-CoA). The molecule is then reduced to mevalonate by the enzyme HMG-CoA reductase.

Oxidosqualene cyclase then cyclizes squalene to make lanosterol. Finally, lanosterol is converted to cholesterol. The ultimate step to cholesterol contains NADPH and oxygen to assist oxidize methyl groups for removal of carbons, mutases to move alkene groups, and NADH to assist reduce ketones. Cholesterol’s Biosynthesis is directly regulated by the cholesterol levels present, though the homeostatic mechanisms.

Q 1] How is that the regulation of cholesterol synthesis occurs?

Solution; the most regulatory mechanism is that the sensing of intracellular cholesterol within the endoplasmic reticulum by the protein SREBP (sterol regulatory element-binding protein 1 and 2). Within the presence of cholesterol, SREBP is sure to two other proteins: SCAP (SREBP cleavage-activating protein) and INSIG-1.