What is Combined Law Formula?

Furthermore, this law states that the ratio of the product of volume and pressure and the gas’s absolute temperature is equal to a constant. Most noteworthy, when the addition of Avogadro’s law happens to combined gas law, the ideal gas law results. There is no official discoverer of combined gas law. 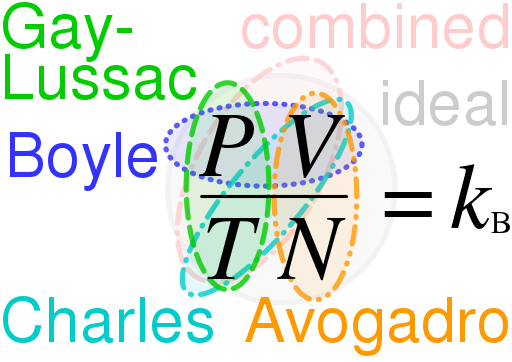 Combine gas law is simply a combination of the other gas laws. Moreover, this law works when everything with the exception of volume, pressure, and temperature are held constant. This law makes use of relationships shared by temperature, pressure, and volume.

In order to understand the combined gas law properly, imagine that there is a diver and his lungs are full of air when he begins the dive. Furthermore, as he goes deeper underwater, the pressure in the lungs escalates.

When this pressure escalates, the air inside the lungs gets squished. Consequently, the volume decreases. This is where Boyle’s law is in action, which states that the higher the pressure consequently means lower the volume.

Also, the balloon reverts to the original size once it is out. Similarly, when temperature increases then consequently there is an increase in volume as well.  This shows Charles law in action.

Take a third example in which a driver is driving down the road. Gradually, the temperature inside the tire increases.  So, as the air expands inside the tire then consequently the pressure also increases. This example represents the Gay-Lussac’s law.

After combining the above three laws, one gets the combined gas law, which shows that:

Derivation of the Combined Gas Law

An important point to note is that the temperature should always be in kelvin for the purpose of calculation. So, if the units are available in the Celsius scale, then one must convert them to kelvin. Furthermore, the conversion to kelvin can easily be done by adding 273 to the particular unit.

Answer- The given parameters are as follows:

As per the combined gas law

So, substituting in the formula: