What is Lead II Chloride?

This article deals with the lead II chloride formula. Lead II chloride refers to an inorganic compound that has the appearance of a white solid under ambient conditions. This compound has poor solubility in water. Lead II chloride is a very significant lead-based reagent. Naturally, it occurs in the form of the mineral cotunnite.

Lead II chloride happens to be the main precursor for various organometallic derivatives of lead like plumbocenes. When lead II chloride reacts with molten sodium nitrite, it results in the generation of lead II oxide. 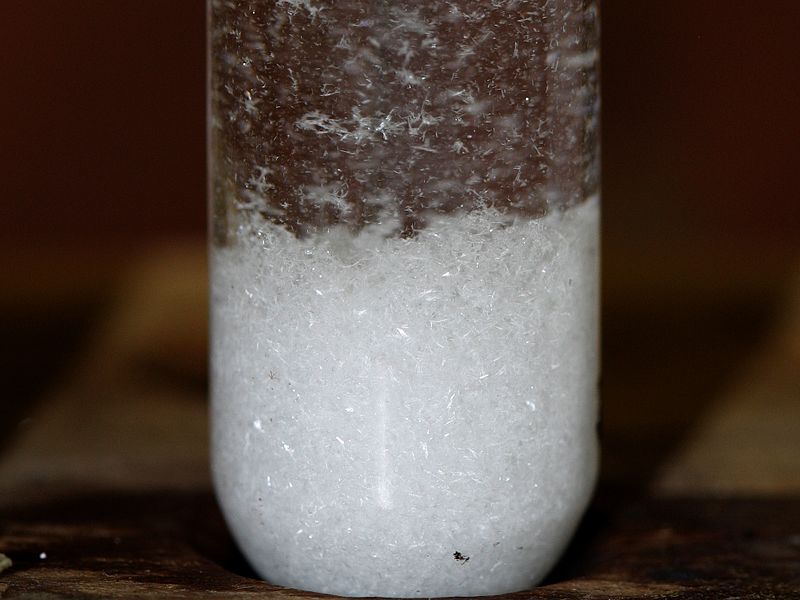 The molecular formula of lead II chloride happens to be \(PbCl_{2}\). The lead will give two valence electrons from the outer most shell for the purpose of combination. Furthermore, chlorine can accept only 1 valence electron because there is only one space to complete its shell. Moreover, chlorine has more reason to combine in two molecules with lead so as to accomplish the octet rule.

Lead II chloride has the appearance of a white solid. It appears in the form of white crystalline powder or white orthorhombic needles. The boiling point of this inorganic compound is at a temperature of 950 °C. Furthermore, the melting point of lead II chloride is 501 °C.

The occurrence of Lead II Chloride

Lead II chloride has a natural occurrence in the form of mineral cotunnite. It happens to be colorless, white, yellow, or green. Furthermore, the hardness on the Mohs scale reads 1.5–2. Moreover, orthorhombic dipyramidal is the crystal structure and the point group is 2/m 2/m 2/m. Each Pb happens to have a coordination number of 9. The occurrence of otunnite is near volcanoes like  Tolbachik, Russia; Vesuvius, Italy; and Tarapacá, Chile.

Experts use lead II chloride in the production of infrared transmitting glass. Furthermore, experts also use this compound in aurene glass, an ornamental glass. Aurene glass has an iridescent surface whose formation takes place by spraying with lead II chloride and reheating under controlled conditions.

Lead II chloride happens to be an intermediate in refining bismuth (Bi) ore. The treatment of the ore containing Bi, Pb, and Zn first takes place with molten caustic soda to remove traces of acidic elements. Afterward, the Parkes desilverization process is made use of to remove the presence of any silver and gold.

Question- What is lead II chloride and its formula?

Answer- Lead II chloride refers to an inorganic compound that is a very significant lead-based reagent. Furthermore, the molecular formula of lead II chloride happens to be \(PbCl_{2}\).