Maleic Acid is the cis-isomer of butenedioic acid. And it may be a dicarboxylic acid and maybe a molecule with two carboxyl groups. It’s an organic salt or ester of acid. Also, it is conjugated to freebase compounds/drugs. To enhance the properties including stability, solubility, and dissolution rate, conjugation occurs. During this chapter, we’ll learn the maleic acid formula, its properties, and its applications.

Its molar mass is 116.072 g·mol−1. The density of acid is 1.59 g/cm³. The freezing point of acid is 135 °C (275 °F; 408 K). It’s soluble in water and is combustible too. It’s an industrial staple for the assembly of glyoxylic acid. Both properties of acid are often explained on account of the hydrogen bonding. It takes place in acid at the expense of interactions. And it is not possible in acid for geometric reasons.

The freezing point of acid (135 °C) is additionally much less than that of acid (287 °C). Both properties of acid are often explained on account of the hydrogen bonding. It takes place in acid at the expense of interactions. And it isn’t possible in acid for geometric reasons. The maleate ion is that the ionized sort of acid. 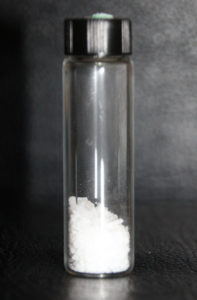 We can also accustom it to form acid addition salts. It’s through with drugs to form them more stable. It can include nylon and zinc-coated metals.

Dehydration converts maleic anhydride. Also, it coverts to it by hydration, and to succinic acid by hydrogenation, conversion can be done. The reaction of thionyl chloride or phosphorus gives the maleic acid chloride. It is electrophilic and participates as a dienophile in a reaction.

Spontaneously interconversion of it and fumaric acid does not occur. Rotation around a carbon-carbon double bond is not energetically favourable here. However, the conversion of the cis isomer into the trans isomer is possible by photolysis. It occurs in the presence of a small amount of bromine.

Q 1] What is the Reaction and effect of maleic acid with sodium carbonate?