Malic acid is an organic compound in chemistry. It may be a dicarboxylic acid. Latin word malus which implies apple is that the derivation of malic acid. It’s also the name of the Malus. The first discovery of apples was in modern-day Kazakhstan 2350 years ago. During this short piece of article, we’ll learn more about the malic acid formula, its chemical structure, and properties alongside its uses.

It may be a 2-hydroxydicarboxylic acid. The hydroxy group in carboxylic acid replaces one among the hydrogens attached to the carbon. It’s a job as a food acidity regulator and a fundamental metabolite. It derives from the carboxylic acid and it’s the conjugate acid of malate(2-) and malate.

The salts of it are malates. It’s made by all living organisms and contributes to the sour taste in fruits. Due to this property, it’s commonly used as an artificial additive. It may be an organic dicarboxylic acid that plays a task in many sour or tart foods. In its ionized form, it’s malate, an intermediate of the TCA cycle is alongside fumarate. It also can be formed from pyruvate together of the anaplerotic reactions. 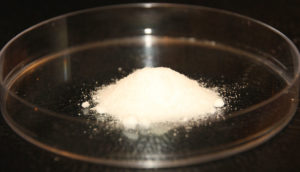 Production of it usually occurs within the industry. Double hydration of maleic anhydride gives malic acid. In 2000, American production capacity was 5000 tons per annum. Both enantiomers could also be separated by chiral resolution of the racemic mixture. And, therefore, the (S)- enantiomer could also be specifically obtained by fermentation of acid.

Self-condensation of malic acid with fuming vitriol gives the pyrone acid. It was important within the discovery of the Walden inversion and therefore the Walden cycle. In malic acid, first of all, conversion into (+)-chlorosuccinic acid by the action of phosphorus pentachloride. And wet silver oxide converts the chlorine compound to (+)-malic acid. After then it reacts with PCl5 to the (−)-chlorosuccinic acid. When silver oxide takes this compound back to (−)-malic acid, it completes the cycle.

The use of it in medicines is major. Another use is to treat fibromyalgia. People apply it on the skin to treat warts, acne and other skin problems. It used as a flavouring agent in food. And we also use it to adjust the acidity of cosmetics.

Q] Discuss the role of malic acid in biochemistry.

Solution; It plays a crucial role in biochemistry. Within the C4 carbon fixation process, it is a source of CO2 within the Calvin cycle. Within the acid cycle, (S)-malate is an intermediate.

It is additionally synthesized by the carboxylation of phosphoenolpyruvate within the guard cells of plant leaves. And it is a double anion. It often accompanies potassium cations during the uptake of solutes into the guard cells. So as to take care of electrical balance within the cell. The buildup of those solutes within the guard cell decreases the solute potential. And allows water to enter the cell and promote aperture of the stomata.