In view of the coronavirus pandemic, we are making LIVE CLASSES and VIDEO CLASSES completely FREE to prevent interruption in studies
Chemistry > Environmental Chemistry > How are Cyclones Formed? | Causes and Effects

What is a Cyclone?

In meteorology, it refers to a large-scale air mass that revolves around a strong low atmospheric pressure centre. We can characterize cyclones by spiralling inward winds rotating around a low-pressure zone. In this topic, we will explain how are cyclones formed and its causes and effects. 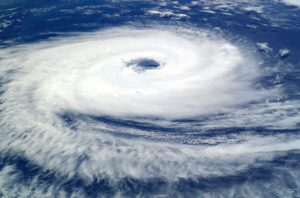 How are Cyclones Formed

How are cyclones formed is a bigger question which we will learn after getting to know the formation of different cyclones.

Tropical cyclones are familiar to most people because they are cyclones that occur across tropical ocean regions. Hurricanes and typhoons are types of tropical cyclones in fact, but they have different names to make it clear where the storm occurs.

Generally, hurricanes occur in the  Atlantic and Northeast Pacific, while the typhoons occur in the Northwest Pacific. We can also define tropical cyclones on the basis of their wind rates. Cyclones are classified by wind speed and the harm they cause.

Cyclones in polar regions such as Greenland, Siberia and Antarctica are cyclones. In winter months, polar cyclones are generally heavier than tropical cyclones. These storms, as you can see, really prefer the colder weather! In fields areas, they are not very common and happen very less often that’s why the harm they do is generally quite minimal.

Part of that cloud has to spin in order for a tornado to occur, and while you can’t really see this happening, it’s the intermediate or ‘meso’ step from regular cloud to the dangerous spinning cloud running along the ground.

Causes and Effects of Cyclone in Points

Q. Which of the following is the source of the ‘ storm surge ‘ accompanying the landfall of the cyclone?