Water makes 70% of the surface of Earth and more than 60% of the human body. Although a major portion of the Earth’s surface, as well as our body, consisting of water, yet we continue to pollute the various sources of water. With the increase in population, the pollution level in India is increasing at a dangerous rate. Industrial effluents and chemicals, sewage and other wastage are the main sources of water pollution. Here, we will discuss the causes, effects and different ways to prevent water pollution. 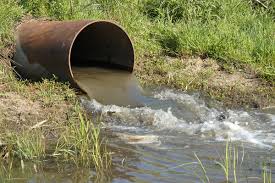 What is Water Pollution?

Water pollution is the contamination of oceans, seas, lakes, rivers, aquifers, and groundwater. This is usually caused due to human activities. Water pollution scientifically changes in the physical, chemical or biological properties of water that will have a detrimental consequence of any living organism.

Drinking water is the water that is considered safe enough for human and animal consumption. This water is generally used for drinking, cooking, washing, crop irrigation, etc. But, these days chemicals, bacteria, and other pollutants are even affecting our drinking water.

Pesticides and chemicals applied to crops and soil are washed deep into the ground during the rain. The pesticides mix with groundwater and lead to its pollution.

In this pollution, the pollutants enter into water and don’t mix with the water molecules. Therefore, the suspended particles in water form silt on the waterbed. Due to this nutrient from water were removed and making it polluted.

Microorganisms cause this type of water pollution. Although most of the microorganisms are harmless, some bacteria and viruses may cause serious health problems.

Many factories pour industrial waste like toxic chemicals into the water bodies before treatment. It leads to polluting the water. Due to dumping toxic chemicals, the oxygen levels in water decreases leading to pollution.

Another major reason for water pollution is littering by humans. Dumping solid waste such as plastics, cardboards, Styrofoam contaminates water and make water unsuitable for consumption. Mass dumping of solid waste clogs the water bodies and leads to water pollution.

Discharging of radioactive wastes into the sea is also one of the main water pollution cause in today’s world.

Pesticides and fertilizers used for the cultivation of crops are contaminating the groundwater as well as our ecosystem. If this groundwater is supplied to our home directly through bore-wells or tube-wells, it will lead to a number of health problems.

Solid wastes that we throw in the river or lakes or in the sea can have a harmful impact on the aquatic animals. Also, this disrupts the eco-system as many species of aquatic animals are in danger. People consuming seafood are also at a risk of facing health issues.

Water is the best solvent that easily dissolves a variety of substances. The TDS level in drinking water needs to be less than 500 mg/liter. The presence of a high amount of TDS in water can lead to many health problems in human beings.

Q: What are some major Preventive Measures to Control the water pollution?

Ans: Some main such measure is as follows:

Share with friends
Previous
Types of Rainfall - Relief, Convectional, and Frontal Rainfall
Next
Air - Important and Different Uses of Air