A solute is defined as the dissolved substance in a solution. The solvent is present in greater quantities than the solution for fluid solutions.

Thus, concentration is a measurement of the quantity of a solvent present in a chemical solution.

Definition of Solute in Chemistry

A solute is a substance that a solvent can dissolve to create a solution. Further, a the solution can come in many ways. It can be either oil, water, or heavy.

Moreover, the water, the material that dissolves the liquid, splits apart the solvent and evenly distributes the solvent molecules. Thus, this creates an all-round homogeneous mixture or solution. 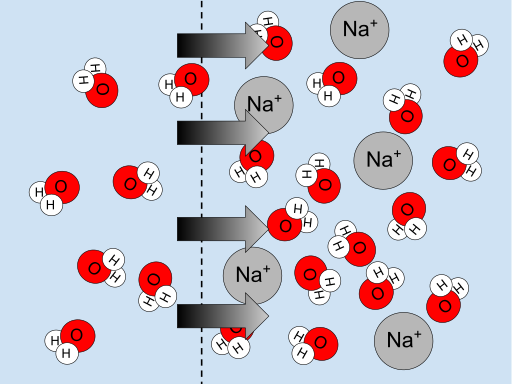 Further, the solvent will dilute different amounts of solvent-based on how strong a solvent is used and how quickly the solvent molecules disintegrate. Thus, this solute dissolving property in a solvent is solubility.

Moreover, the attraction between the various molecules at a molecular level pulls the solvent apart and suspends it evenly throughout the water.

Further, it will take longer to absorb the same amount of salt. A finer salt allows many more ions to expose to water and faster diffusion of the solute through the water.

Ultimately, the salt can is longer on the glass bottom because it distributes evenly throughout the glass.

Oxygen is an example of a gaseous solvent. From the strange creatures in the deepest parts of the ocean to the common coral-dwelling fish that scuba divers love, every fish in the ocean relies on oxygen dissolved in the water to live.

The oxygen that exists as O2 is a molecule of polarity. As such, the molecules of polar water tend to attract oxygen naturally. The hydrogen absorbs into the liquid as the waters push moisture into the sea and the ocean surface and environment connect.

The absorption cycle brings oxygen through the water column, supplying nutrients across the sea to the creatures.
In some situations, oxygen in the water uses up faster by the organisms in the ocean than it can be spread into the water.

This can happen when people run into the ocean with excess nutrient runoff. The nutrients, which are another water solute, permit the production of tremendous algal blooms.

There are far too many algae in these blooms. The algae in the lower layers begin to die, and then bacteria start consuming it.

Most hydrogen uses up between the coral and the bacteria. This creates a dead zone in the column of water. When fish attempt to swim through this pillar, the lack of oxygen can suffocate them.

Q1. A student attempts to create the right concentration solution. The experiment requires 1 gram of salt per litre of water for saltwater. The student tries to fill a 15 kiloliter small pool. How many kilograms of salt is does the student need?

Q2. Part of the normal operation of the skin is to remove the cells from the stored CO2. The cells inject the CO2 into the water, adding it to the lungs. The CO2 remains in the blood until it reaches the lungs where it dissolves in the lungs ‘ air. What is the amount of CO2?

A. Solvent
B. Solute
C. Solution

Share with friends
Previous
What is Xylene and it Uses?
Next
What is Butane Fuel?