What is a Compound?

This article attempts to answer the important question, what is a compound.  A scientific compound refers to any material whose creation takes place by two or more elements or parts that result in the formation of a new one.

In chemistry, the formation of a compound takes place when two or more chemical elements are chemically bonded together.  Students can learn more about the compounds in chemistry and the types of chemical compound here.

A compound in chemistry refers to a substance which comprises of identical molecules consisting of atoms belonging to two or more chemical elements.

Most noteworthy, the bounding of these molecules takes place by chemical bonds.

A chemical formula gives an indication of the number of atoms of each element existing in a compound molecule. Furthermore, this chemical formula makes use of the standard abbreviations for the chemical elements along with the numerical subscripts.

A good example can be the water molecule whose formula is \(H_{2}O\). This certainly gives an indication of two hydrogen atoms whose bonding is to one oxygen atom. 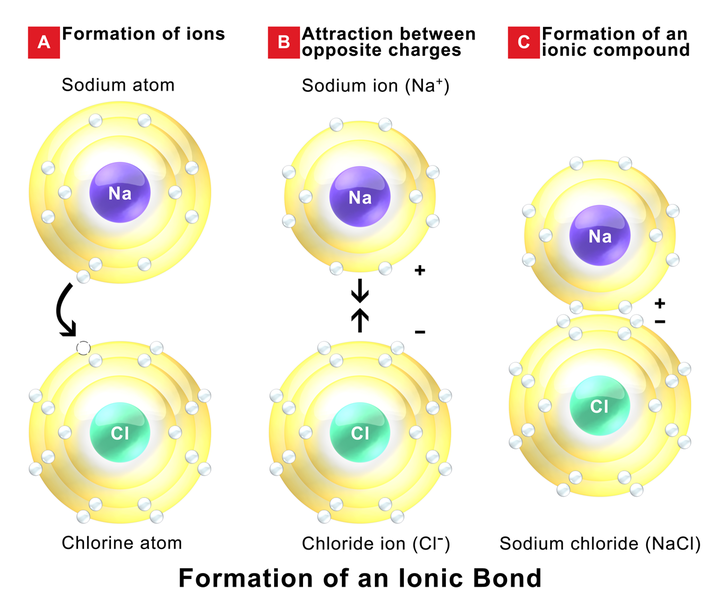 First of all, a molecule refers to a neutral group of two or more atoms that are seized together by chemical bonds. Moreover, molecules certainly bind together by covalent bonds.

Furthermore, the separation of the molecules from the ions takes place due to their shortage of electrical charge.

When it comes to biochemistry, quantum organic chemistry, and physics, experts use the word molecule in most cases less severely.

When we talk of the kinetic theory of gases, many use the word molecule for some gaseous particle regardless of the constituent it involves. Under this definition, many consider noble gas molecules as monatomic molecules.

The ionic compound can be merely ions like in sodium chloride or the polyatomic class like in ammonium carbonate. Experts refer to ionic compounds which comprise of hydrogen ions as acids and those with basic ions hydroxide or oxide as bases.

Coordinate compounds refer to certain complexes that are held together by the coordinate covalent bonds. Furthermore, a coordination complex happens to be commonly metallic.

Q1 Which of the following is not a type of chemical compound?

A1 The correct option is option A. ‘toxic compound’. This is because the toxic compound is not a type of chemical compound.