Distribution of Electrons in Different Orbits

He proposed that electrons are distributed in circular electronic shells (orbits). These electrons revolve in the orbits around the nucleus from a fixed distance. In this topic, we will learn more about the electronic configuration of different elements.

Electrons are negatively charged subatomic particles arranged like a cloud of negative charges outside the nucleus of an atom. The arrangement depends upon of their potential energies in different orbits. The different energy levels are known as 1, 2, 3, 4….. and the corresponding shells are known as K, L, M, N and so on. 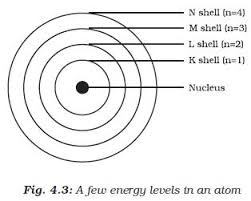 Learn about Isobars and Isotopes here.

The Arrangement of Electrons in Different Orbits

The shells begin from the centre and gradually move outwards. So K shell will always have minimum energy. Similarly, L shell is a little away from nucleus so it will have higher energy than K shell. The outermost shell will have maximum energy. Now it is important to understand the distribution and arrangement of electrons in the atoms of any elements in the different energy levels.

According to the postulate of Neils Bohr, “electrons revolve around the centre of an atom (nucleus) in a predictable pathway named orbits”. The representation of the orbits is done by letters and numbers such as K, L, M, N, O…. and 1,2,3,4…. respectively.  The arrangement and distribution of electrons in different orbits was given by Bohr and Bury.

Examples of the Electronic Configuration 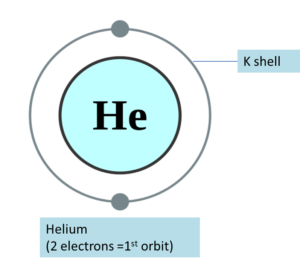 The atomic number of the element = 8. Oxygen has 8 electrons. The maximum number of electrons accommodated in the K shell (1st orbit) will be 2. The second orbit will accommodate rest of the electrons left (6 electrons). Electronic configuration of Oxygen = 2, 6. Therefore, the total number of shells required = 2 (1st and 2nd shell/orbit). 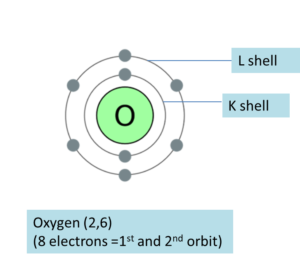 The atomic number of the element= 17. Chlorine has 17 electrons. The maximum number of electrons accommodated in the K shell (1st orbit) will be 2. The second orbit will fill up to 8 electrons. Finally, The third orbit will accommodate rest of the electrons left. Electronic configuration of Chlorine = 2, 8, 7. Therefore, the total number of shells required = 3 (1st, 2nd, and 3rd shell). 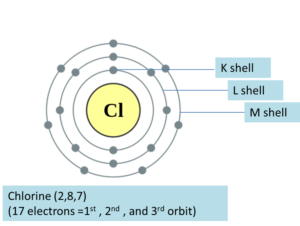 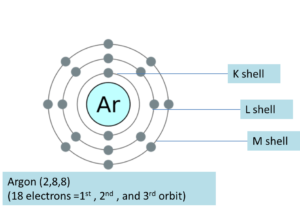 Uses of the Electronic Configuration

Importance of the Electronic Configuration

The reason behind the arrangement of electrons in such a manner is due to the presence of subshells. An atom always tends to remain in its stable state. Furthermore, it is necessary to arrange the electrons in the sub-shells in such a way that the element gains stability to attain the lowest energy level.

There are separate principles to fill the electrons in its subshells. Hence, the fourth orbit will accommodate the one electron left. Thus, the Electronic configuration of potassium = 2, 8, 8, 1

Share with friends
Previous
Energy Consideration: A Quantitative Study
Next
From Trade to Territory