Adsorption is the deposition of molecular species onto the surface. It differs from absorption which is a physical or chemical phenomenon in which atoms, molecules or ions enter some bulk phase. Let us know more about Absorption and its significance.

It is an exothermic process which means that energy is liberated during this process.  The amount of heat that gets evolved when one mole of the adsorbate is adsorbed on adsorbent is known as enthalpy. The change in enthalpy is denoted to be negative.The reason behind this is that when adsorbate molecules are adsorbed on the surface, freedom of movement of molecules become restricted and this results in a decrease in entropy. At constant temperature and pressure, adsorption occurs spontaneously. 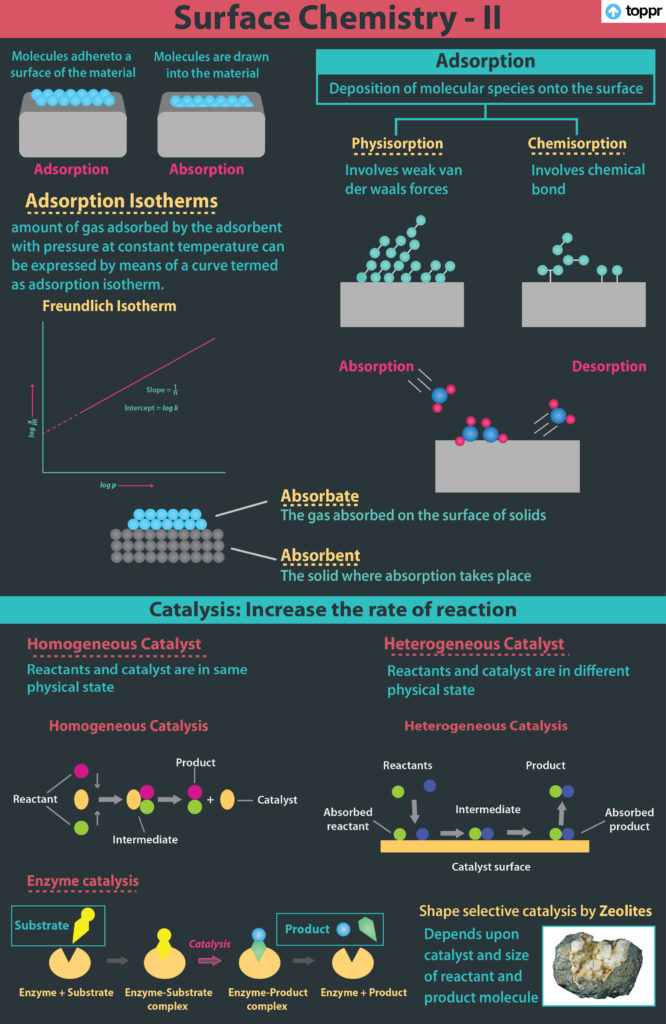 The process can take place by two means:

This phenomenon involves the use of weak Van der Waal forces by means of which gas molecules get adsorbed on a solid surface. The characteristics of physisorption are:

We can characterize it by the involvement of chemical bonds between the gas molecules and the adsorbent surface Moreover, it results in a unimolecular layer. The characteristics of chemisorption are:

Que: Which of these is NOT a characteristic of chemical adsorption? It is…

Ans: The correct answer is option “D”. It does not require an energy for activation. This statement is incorrect.