Zn, Cd and Hg of group 12 do not have partly filled d – subshell in their elementary state or commonly occurring oxidation state, and hence, are not considered as transition elements. However, being the end members their chemistry becomes understood with transition elements. The Electronic Configuration is ( n-1)d1-10 ns1-2 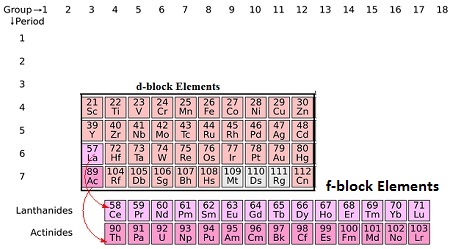 The uses of the d block elements are:

Some applications of the f block elements are:

Q: Discuss some of the properties of the d block elements.

There is a deficient fourth series comprising of just three elements in particular Ac, Ku, and Ha. In these elements, the 6d subshell begins to fill at Ac. Out of these, elements like iron, cobalt and nickel are used in making magnets.