Have you ever been to a village? In a village, it is interesting to see farmers eating the crops they grow and drinking milk from the cows they milk. We can also see other activities like women making butter and baskets to sell and men who fish. But what do rural livelihoods mean? Let us explore this topic.

Rural areas are those areas that do not have modern facilities and the population is way lower than in cities. Livelihoods mean the type of jobs and lifestyles people lead to earn a living. Thus, in this chapter, we will be looking at the different types of rural livelihoods. 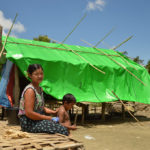 Agriculture labourers are those people in rural areas who work as labour in fields and get daily wages. They comprise two- fifths of the total rural population in India! These labourers do not own land of their own, thus are forced to work in the lands of richer farmers. Even if some labourers own land, it is extremely small and not enough for the family. These workers are sadly exploited by rich farmers, as they don’t have any alternative ways to earn money and they come in plenty as ‘cheap labour’ for the fields. This group consist of villagers who carry out farming activities in their own lands. They sow seeds, weed and harvest crops by themselves and also reap the profits themselves. However, eighty percent of these farmers also have very small land holdings and need to depend on other sources of income like having a poultry or dairy business. To earn enough money to barely survive, these farmers borrow money from money lenders for seeds, fertilisers, etc., and are at great risk of being in debt. This is why we hear of so many unfortunate news of farmer suicides in India.

3] Farmers with Other Sources of Income 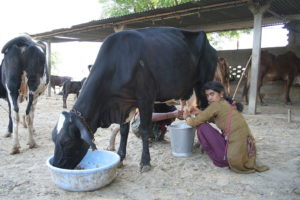 The farmers who do not earn enough from their land, or by working on other rich farmer’s lands need other sources of income. They work in mills near the farms or sell milk of the cows that they own. Selling other by-products like sap, collecting wood, leaves of certain plants, fruits, etc., helps them to sustain and survive. Some farmers also seasonally go to the cities or towns to work as wage earners as there is more opportunity to earn money in cities. The “rich” farmers that we have spoken about above are in a very small percentage in rural areas. They are the ones who own most of the land and hire agricultural labourers to work for them. They are also the exploitative village money lenders and also generally own the nearby mills and small factories.

In villages, apart from labourers, farmers and landlords, there are also people who provide basic services. Barbers, nurses, village teachers, etc., are small professionals who are found in villages. Some of them are self- employed and some are employed under government schools or hospitals.

We have these taken a glimpse into the life inside a village. Which of these do you find the most interesting?

Q: Nearly two-fifths of all rural families are agricultural labourers in our country. True or False?

Ans. This statement is True. Most rural families do not own land but are paid labourers who only tend to the land.

can you also add pottery??

why do you need to reply twice

Why don’t you add about fishing and , pottery