If you live in a city or town, have you ever wondered where the water and electricity in your house come from? Your mother may buy the lamps at home but who fixes the lamp posts on the streets? There is a complex network of workers and departments that carry out duties related to urban administration in India. It takes place under Municipal Corporations or Councils.  So let’s delve deeper into this topic today! 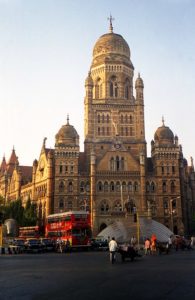 How do you think Municipal Wards work? They work through people called the Municipal Wards Councillors. They are responsible for urban administration in India and people elect them from each ward. However, let’s understand this with the help of an example. If one ward has a problem where the garbage is trashed in the streets, the ward councillor is responsible for this.

The people can approach him to get this problem solved and can even hold peaceful protests to bring this to his attention. Besides, problems like filth and garbage can be host to other problems like spreading of disease, spoiling the aesthetics of the area, etc.

Since each ward of the city forms the city as a whole, many councillors sometimes meet together, to form “committees”. For example, a dirty “nala” or canal runs through the city and crosses many wards. The councillors of the wards concerned meet together and debate and discuss this issue. They can also pass a budget (a money plan) that decides how to spend money to solve the problem.

We have read and heard about the term “bureaucracy” somewhere or the other, right? This is a body of officers that are responsible for implementing policies. You may ask “What is the difference between a normal administrative officer and a councillor?” The difference is simple. People elect Councillors and the government appoints administrative officers. They need to pass competitive examinations in order to secure the post of these offices.

Where does the Municipality get Money from?

Yes, we have read about the problems of the city and who solve these problems. But, if the Municipality fixes the street lamps, or cleans streets, how does it get the money to do it? The answer here is multifold. First, people who stay in cities or towns pay “taxes”.

Taxes is the money citizens pay to the government to get some services- like schools or hospitals. Likewise, there are a number of taxes. People who own property need to pay property tax. People also pay taxes for amenities like water and electricity.