Income comprises consumption, savings, and investment components. But what happens to these variables when income changes? And, what happens to them when at a given level of income, other variables change? The answer lies in the difference between a movement along a curve and shift of a curve. Read this simple lesson with a diagrammatic explanation to understand the distinction.

National Income and Movement of Curves

In the lesson on Income determination, we have learned how income is determined in an economy. We have also understood the concept of ex-ante and ex-post. But what happens when a country’s income changes? Does the national income of India remain constant? No, certainly.

Movement along a Curve

We know that as income increases, consumption increases due to a positive marginal propensity to consume (MPC). This explains the relation between consumption and income, i.e.

The consumption function slopes upward because of this positive income-consumption relation. The more income you have in hand, the more you can spend to consume goods and services, right? Now, if income increases, from Y0 to Y1, consumption increases as we can see, from C0 to C1.

Let us now look at savings. As income increases, you have more income in hand that you can choose to save for future use. Thus, more the income more will be the savings. This explains a positive relation between income and savings as well, due to a positive marginal propensity to save (MPS). This is the savings function, as under:

The above two cases are shown in the first two panels of the figure below. Here, since the consumption and savings increases as functions of income on which they are dependent, we call it movement along a curve.

No discussion of income, consumption, and savings can be complete without considering investment, right? In our discussion, we consider investment as autonomous or determined from outside and to be a given value. Hence, as income increases, investment remains the same and does not change. The horizontal investment curve shows that it is given and constant. 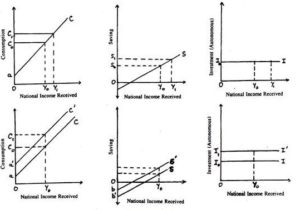 Fig. 1: Movement along a curve versus shift of a curve

Shift of a Curve

We know that consumption and savings functions are analogous to each other and when consumption must increase, less income is available to be saved. Hence, the savings function ‘shifts downward’. Again, here other factors rather than income have affected savings level and caused the shift.

Q: What is the ratio of Marginal Propensity to Consume?

Ans: The ratio between the change in consumption expenditure and the change in Income is called Marginal Propensity to Consume (MPC).