The purpose of this story is to introduce the basic concepts related to production and this is done through a hypothetical village called Palampur. Firstly, we will start with an introduction to the village and will cover the main details and various data about the village. Then, we will explain different production concepts using the examples from the villages and then how farming is done in this village.

Types of Capital
Factors of Production
Characteristics of Value

The Palampur village has around 450 families which belong to different caste and creeds. The main activity of Palampur is farming and 80 families of the upper caste own the majority of land in Palampur. There are other activities in the Palampur like dairy, transport, small-scale manufacturing, etc which also helps run the economy in the Palampur.

The neighboring towns of the village are well connected and all-weather roads are also well connected. There are options for transportation which are available like tongas, bogeys, jeeps, bullock carts, tractors, etc.

Many of the houses in the village are well equipped with electricity. Electricity is also responsible for the tube wells in the fields. Many small businesses also use electricity for their daily purposes. For education, Palampur has two primary schools and 1 high school. Besides this, there is also a primary health care center which is run by the government and also 1 private dispensary. 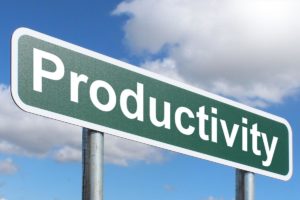 As it is mentioned above, the main purpose that we have to discuss in this chapter is the various concepts that the village uses for production. For the production of services and goods of any type, there are four factors that are used in the production. They are land, capital, labor, and enterprise. Out of these four factors, the first and the most important factor is land.

Land includes other natural resources like forests, minerals, and water. These natural resources are the most important factor in production. Second is the requirement of labor. There are many production and manufacturing activities which require highly educated workers while other activities require manual labor.

The third is the requirement of physical capital. This includes the inputs that are required at every step of production. The inputs are machines, tools, buildings, which can be used for the production for many years and are also called fixed capital. While money in hand and materials are called working capital. The fourth and final requirement is the enterprise.

To put all the land, labor, and physical capital together one needs to have knowledge and enterprise. Then only finally you will get output. These days this final factor is also called as human capital. Thus, for the production, each and every factor above is very important.

Farming in the Village

Farming is the most important activity in Palampur. Almost 75 percent of the working population is involved in farming activities. The story of village Palampur is incomplete without the farming activities. One important to notice in the village is that for a long time there has been an increase in the land area which is under cultivation.

Many wastelands were converted to cultivable land but there exists no further scope to increase this land under cultivation. Thus, as a measure, the people in the village have started cultivating more crops on the same land. All the cultivable is used throughout the year.

No land is idle in Palampur. During winter or Rabi season, people grow wheat and sugarcane. While during Kharif season people grow bajra and jowar. Between the months of October and December, people cultivate potatoes. The main reasons as to why farmers are able to grow multiple crops throughout the year are:

Green Revolution and Sustainable Use of Land

The revolution is called green because due to it there was a tremendous increase in greenery in the entire country. This period from 1960 to 1980 is also known as the golden era due to the record production in food grain. Due to this revolution, our country became salt sufficient and even started having buffer stocks of food items which can be used during the times of natural calamities like floods and droughts.

The land is a natural resource and thus is very necessary to use it carefully. Due to modern methods, it has been overused. With continuous of the groundwater from the tube well, the level of water-table in the ground has been reduced. Due to the green revolution, the fertility in the soil has been reduced as the use of the chemical fertilizers has been increased. The natural resources like soil fertility and groundwater take years to form. Thus, once they are destroyed it is very tough to restore them.

Solution: The correct option is A. Transfer earning require a minimum payment to keep the factor of its production in its present use. It is an opportunity cost of an individual forgoes when deciding to work in one job rather than the next best alternative.

Please can you upload ch=2