A.R. Williams is the writer of this chapter. Moreover, this chapter is regarding the last heir of the great Pharaoh Dynasty, Tutankhamun. He died in his teenage after ruling for 9 years. His death gave birth to a mystery. This chapter talks about all the possible mysteries: the curse, where his tomb is lying, his whole life and finally his death. Discovering tut: the saga continues summary will give you all the facts and information about the death of Tut. 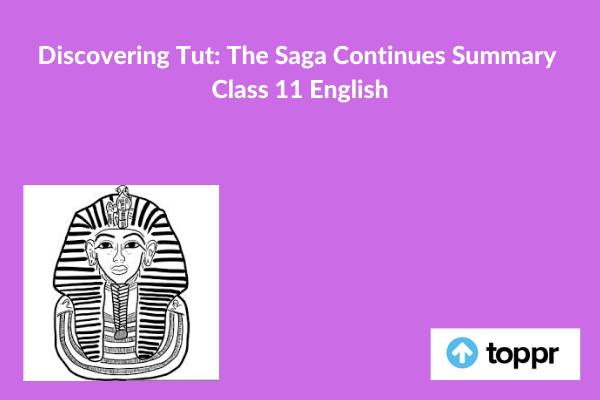 Tutankhamun was the last leader of the great Pharaoh Dynasty. He was young when he died. According to some people, his death was a murder. In the year 1922, his tomb was exposed by Howard Carter, an Archaeologist. After 80 years, he was taken for the CT scan to solve the mystery of his life and death through a forensic reconstruction.

His father or grandfather, Amenhotep III, was a very powerful Pharaoh ruler over a period of 40 years. Moreover, his son, Amenhotep IV, succeeded him and initiated the strangest period in the history of Egypt. His name changed to Akhenaten which means servant of Athens. He changed the religious capital from Thebes to Amarna. Later he attacked Amun, a god, ruined his images and shut his temples. Another mysterious ruler thrived him who died very soon. Tutankhamun sat on the power and ruled for 9 years.

When Tut’s mummified body was found, he had lots of gold and wealth. Carter got him after so many years. After conducting the research on the treasures, he planned to examine his 3 nested boxes. Many parts of the treasure in the tomb were already misplaced.

His tomb was found rock-cut, 26 feet under the ground, which also had some wall paintings. It reveals that he was suppressed in the months of March or April. One of the coffin put Carter into trouble. The gums used to paste Tut to the lowest of the solid gold. Coffin was toughening enough that made it impossible to displace. He put the box in the sun for numerous hours so that the resins lose up but that didn’t work.

At last, he removed the adhesive with the chisel and hammer. Carter sensed he didn’t have any other choice than cutting the mummy from limb to limb, thieves would have robbed the gold and the treasures. His men first removed the head of the mummy, then they cut off each and every joint. After the process of removing all the body parts, they placed it on the layer of sand. They kept the parts in a wooden box and placed it at the original place.

Later, in January 2009, the body was taken for a CT scan which takes hundreds of X-Rays and generates a 3D image. That night after the scan, the workmen passed his body from the tomb into a box. They went through the ramp and stairs and lifted the body on a hydraulic trailer that was holding the scanner. The scanner suddenly stopped working and the process of the CT scan stopped. After the use of a pair of spare fans, the scan was finally completed. After 3 hours, they transferred his body back to his tomb where his body is now resting in peace.

To conclude, Discovering tut: the saga continues summary tells you that Tutankhamun, also known as tut was a brave ruler who of the great Pharaoh Dynasty. He died a mysterious death and is resting in peace in his tomb now.