Summary of The Portrait of a Lady 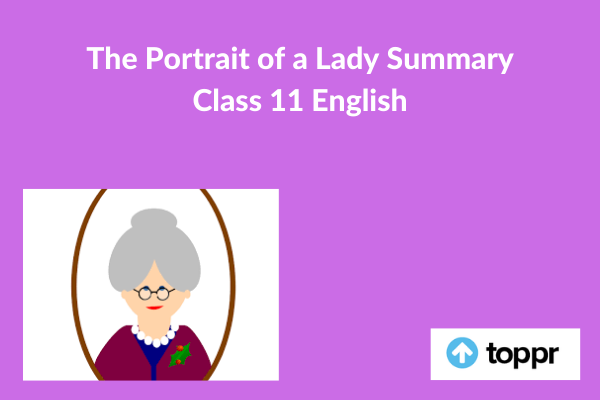 The Portrait of a Lady Summary in English

The writer recalls his Grandmother as short, healthy and slightly bent. Her hairs were silver in colour and were scattered messily on her wrinkled face. She used to walk around the whole house in white clothes. She kept her one hand resting on her waist and the other hand was telling the beads of her rosary.

The writer thinks of her as not very pretty but constantly beautiful all the time. He compares her calm face with the winter landscape. During their lengthy stay in the village, Grandmother woke him up from the bed in the early morning, plastered his wooden slate, organized his breakfast, and sent him to the school.

On their way back to the home she used to give the stale chapattis to the street dogs. A turning point in their beautiful relationship arrived when they went to live in a city. Now, the writer used to go to the city school on a school bus and studied subjects like English, Physics, mathematics and many more subjects those his grandmother could not understand at all.

His grandmother could no longer go to school with him to send him. She felt upset that there was no teaching about God and scriptures at the city school. Instead, he was given music lessons, but she said nothing.

When the writer went to a university, he got a separate room in his house. The common link of the relationship between the grandson and the grandmother was broken now. Grandmother rarely talked to anyone in the house now. She spent plenty of her time sitting beside her spinning wheel and reciting prayers of god. She started feeding the sparrow birds in the afternoon.

When the writer left for abroad for his further studies, his grandmother did not get disturbed at all. Rather, she saw him off at the airport. Seeing her grandmother at this old age, the writer was thinking that it might be his last meeting with his grandmother. But when he came back home after a duration of 5 years, his grandmother was there to welcome him back and he saw her celebrate his return.

The next morning after the return of his grandson she got ill. Although the doctor told that it was a slight fever and would go away very soon, still she could foresee that her time to leave this world was near. She did not want to waste her time talking to someone.

She went to her bed praying and telling the beads till her lips stopped moving and the rosary fell down from her lifeless hand. To grieve her death, thousands of sparrows flew in and sat dispersed around her body. All the sparrows flew away without making any noise when the dead body of the old lady was carried away for the last rites.

Conclusion of The Portrait of a Lady