Jane Eyre summary is about a girl named Jane. The story follows her life and the events that take place. It introduces us to Jane as a young girl who struggles because she is an orphan. Moreover, she lives with her abusive Aunt, Reed, who does not like Jane one bit. Further, her cousin also bullies her and she has a traumatic experience there. After that, Jane moves to Lowood school, but unfortunately, things there were also not good.

Thus, she spends eight years there and moves to Thornfield. Then, Jane Eyre summary introduces us to Mr Rochester. Jane falls in love with him but leaves him at the altar on learning he has a wife. She rebuilds her life and gets a proposal from St. John but realizes she loves Mr Rochester. Finally, she leaves everything behind and m goes to marry Mr Rochester and lives with him happily. 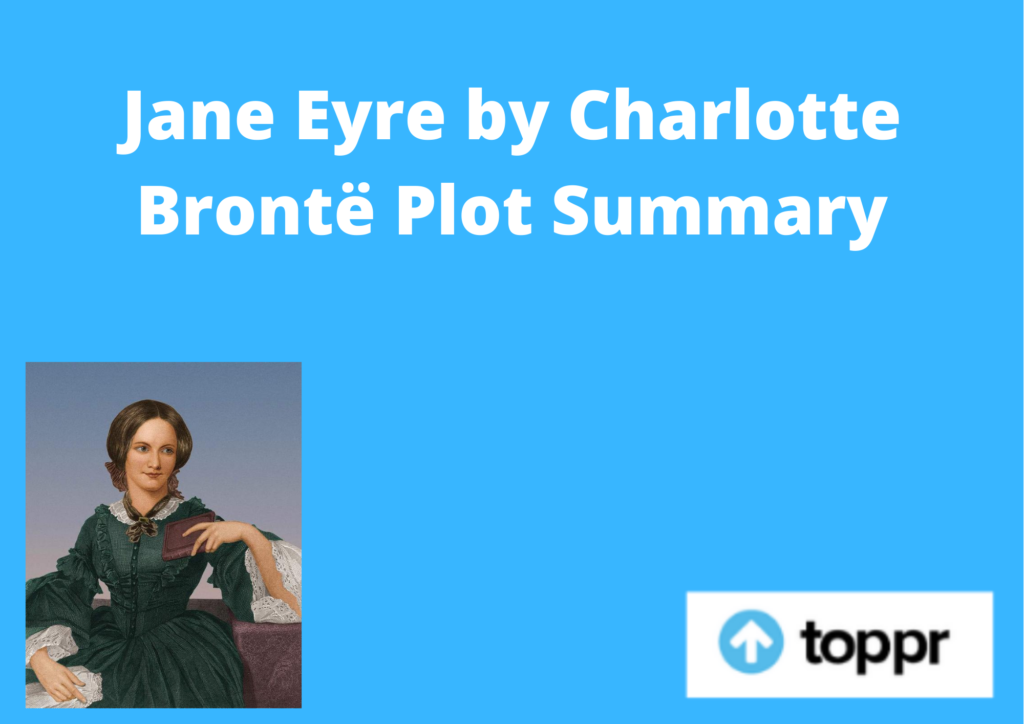 Jane Eyre summary is a brief version of the popular novel written by Charlotte Brontë. It follows the life of an orphan girl, Jane. We learn that even though Jane is a simple and plain girl, she has been battling struggles all her life.

The story takes us through her transformation from an isolated orphan to a strong independent woman. Jane’s childhood has been full of struggles and hardships. She lives with her abusive and cruel aunt, Mrs Reed.

No one at the house is kind to her except for the servant Bessie. One day, her aunt locks her up in the ‘red room’ where her Uncle Reed died. This serves as a traumatic experience for Jane and she is eventually sent to Lowood school.

However, Jane Eyre summary tells us that her experience there is also far from relaxing. A headmaster is a corrupt man who starves the children and uses the school funds for his personal gains.

The school faces an epidemic where many students pass away and thus arrives a new headmaster. Things get better after that and Jane completes her education and also teaches there for two years.

Next, in Jane Eyre summary, she moves to Thornfield to work as a governess. Mr Rochester is Jane’s employer, with whom Jane starts falling in love. A fire breaks out at the manor and Jane saves Mr Rochester.

She starts suspecting things because they blame a servant, Grace, for it, but do not fire her. Finally, Mr Rochester proposes to Jane and she accepts. But, she learns at the altar that Mr Rochester has a wife, the same one who tried to set the house on fire.

Upon learning this, Jane leaves Mr Rochester, refusing to marry a married man. Then, she rebuilds her life from scratch with the help of three siblings, Mary, Diana and St. John. They turn out to be her cousins.

St. John also proposes to Jane but she declines as she is not in love with him. Upon realizing she still loves Mr Rochester, she goes back to Thornfield to witness the house has been burned down.

Mr Rochester’s wife passed away in the fire and he is now blind. Nonetheless, Jane Eyre summary ends with both of them marrying and having a son together. Thus, she finally finds true love and lives happily.

Jane Eyre summary teaches us a lot of things starting from human being’s longing for a family, love, and a sense of belonging. Moreover, the importance of our own principles and how they play a massive role in our life.