500+ Words Essay on Conservation of Biodiversity 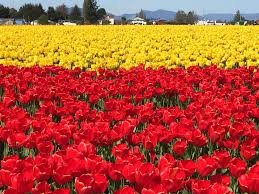 The Extinction in Biodiversity

Lemur, Mountain Gorilla, Vaquita, Sea Turtles, Amur Leopard, and Tiger are some of the species that are on the verge of extinction. Apart from these many species of plants and trees including Lepidodendron, Araucaria Mirabilis, Wood Cycad and Kokia Cookie have gone extinct and many species are endangered.

Earth is a beautiful planet which has given us many things which occur naturally. Natural resources, rivers, valleys, oceans, different species of animals and beautiful varieties of plants and trees are among some of these.

In today’s world, we are busy developing our surroundings and spoiling our beautiful environment. Today, we have exploited most of the things that were available abundantly in nature. Thus, there arises a need to conserve these natural things. Among other things, there is a serious need for the conservation of biodiversity.

Importance of Conservation of Biodiversity

Conservation of biodiversity is important for many reasons. Here are some of the main reasons to conserve biodiversity:

Methods that can help in the conservation of biodiversity are