Globalization refers to integration between people, companies, and governments. Most noteworthy, this integration occurs on a global scale. Furthermore, it is the process of expanding the business all over the world. In Globalization, many businesses expand globally and assume an international image. Consequently, there is a requirement for huge investment to develop international companies. 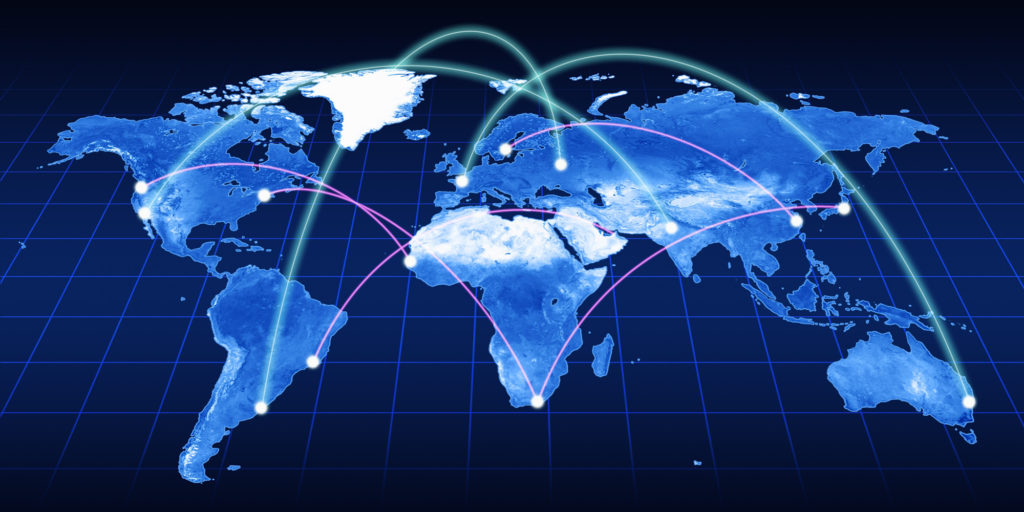 How Globalization Came into Existence?

First of all, people have been trading goods since civilization began. In the 1st century BC, there was the transportation of goods from China to Europe. The goods transportation took place along the Silk Road. The Silk Road route was very long in distance. This was a remarkable development in the history of Globalization. This is because, for the first time ever, goods were sold across continents.

Globalization kept on growing gradually since 1st BC. Another significant development took place in the 7th century AD. This was the time when the religion of Islam spread. Most noteworthy, Arab merchants led to a rapid expansion of international trade. By the 9th century, there was the domination of Muslim traders on international trade. Furthermore, the focus of trade at this time was spices.

True Global trade began in the Age of Discovery in the 15th century. The Eastern and Western continents were connected by European merchants. There was the discovery of America in this period. Consequently, global trade reached America from Europe.

From the 19th century, there was a domination of Great Britain all over the world. There was a rapid spread of international trade. The British developed powerful ships and trains. Consequently, the speed of transportation greatly increased. The rate of production of goods also significantly increased. Communication also got faster which was better for Global trade.

Finally, in 20th and 21st -Century Globalization took its ultimate form. Above all, the development of technology and the internet took place. This was a massive aid for Globalization. Hence, E-commerce plays a huge role in Globalization.

First of all, Foreign Direct Investment (FDI) increases at a great rate. This certainly is a huge contribution of Globalization. Due to FDI, there is industrial development. Furthermore, there is the growth of global companies. Also, many third world countries would also benefit from FDI.

The quality of products improves due to Globalization. This is because manufacturers try to make products of high-quality. This is due to the pressure of intense competition. If the product is inferior, people can easily switch to another high-quality product.

To sum it up, Globalization is a very visible phenomenon currently. Most noteworthy, it is continuously increasing. Above all, it is a great blessing to trade. This is because it brings a lot of economic and social benefits to it.