You must have heard the term cyclone. It basically describes a weather system which we characterize by the swirling winds. They occur around a low-pressure centre and there are different types of cyclones.

Similarly, they vary depending on the sizes and settings in which they occur. Nonetheless, cyclones are one of the most intense and outright destructive weather on the planet.

For instance, tropical cyclones are also called hurricanes and typhoons. This article will deal in the different types of cyclones and the reasons behind its occurrence.

This types of cyclones is like a rotating system which includes clouds and thunderstorms. They originate from the tropical or sub-tropical areas. 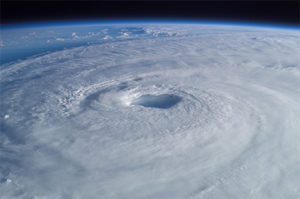 These tropical cyclones usually develop within 5 to 30 degrees of latitude. The formation of these cyclones requires ocean waters of 80 degrees Fahrenheit or something similar.

It takes place when the wind channels into a low-pressure disturbance. The warm surface water starts evaporating which releases energy when the rising air condenses into clouds.

The terms related to tropical cyclones may be perplexing. It is so because people have given these dangerous storms diverse names in several areas of the world.

They are called ‘hurricane’ in the North Atlantic and the Caribbean as well as the north-eastern Pacific. On the other hand, people refer to them as tropical cyclones or cyclones in the Indian Ocean and South Pacific.

Further, they are referred to as ‘typhoons’ in the Northwest Pacific which are the most active tropical-cyclone basin in the whole world.

Other than that, there are tornadoes which are relatively small and also more localized. However, they are also capable of producing higher wind speeds. Sometimes, people also refer to them as cyclones but they are completely different from each other.

Mesocyclones are said to be one of the strongest tornadoes. They are basically a vortex of air that is within a convective storm. These are often quite cyclonic and happen with updrafts in supercells.

These mesocyclones result in the derivation of wall clouds which eventually creates a funnel cloud. After that, when it contacts the ground, it becomes a tornado.

Every year, the world experiences thousands of mesocyclones, where almost half of them turn into tornadoes.

As we all know by now that hurricanes are typhoons are basically layman terms. However, the cyclonic storms that form along the frontal boundaries in the middle latitudes are referred to as the extratropical cyclones or the midlatitude cyclones. These are equally important and impactful.

In contrary to their tropical counterparts, these types of cyclone develop where the sharp temperature gradients occur between connecting air masses.

They can thus be quite larger than hurricanes, even though their winds are usually weaker. For instance, the ‘nor’ easter’ which occurs usually on the American east coast during winters is a projecting example of this cyclone.

They refer to them like that because both of their energy sources which is heat transfer from water to air and latent heat released by cloud condensation.

In addition, their spiralled cloud bands are fairly similar to a tropical cyclone’s. Polar lows frequently form quickly, occasionally in less than 24 hours, and are also quite challenging to predict.

Question– Which of the following is not a type of cyclone?