India has a rich history of art and culture. Our country has a variety of architecture. Fort is one of them. A fort is a strong building with a wall around it which is used for military defense. Let’s find out more about the History of Forts.

On the right bank of the River Yamuna in Delhi, stands a marvellous fort.  The fort is called Red Fort or Lal QiIa because it is made of red sandstone. The history of forts indicates that it was built between the year 1639-1648 by the Mughal Emperor Shah Jahan in old Delhi. It is in the shape of an irregular octagon.This fort was the greasiest of Mughal palaces and was the heart of Shah Jahan’s empire.

The important structures within the Red Fort are as follows: 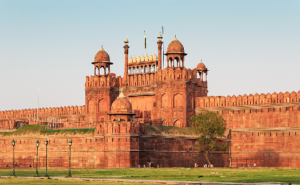 The fort palace Agra is situated in Agra, Uttar Pradesh. It is famous for grandeur and architectural expertise. The history of forts suggests that it was built by the great Mughal Emperor Akbar in 1565-75. It contains numerous impressive structure like the Jahangir Mahal, Diwan-i-Khass, Diwan-i-Am. The Agra fort is enclosed by a double battlemented massive wall of the red fort.

It is the most beautiful historical monument located in Madhya Pradesh built by Suraj Sen in the 8th century. The fort stands on a solitary rock. Gwalior fort was ruled by many rulers.  The major attractions of Gwalior fort are famous Sas Bahu temple, Gupri Mahal which is now a museum. The height of fort is 35 feet. The walls of the fort are curved with statues of Hindu gods and goddesses. 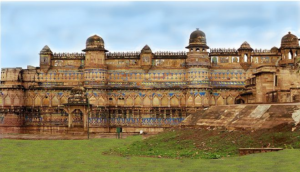 Jaisalmer fort is situated in Jaisalmer, Rajasthan and it is the largest fort in the world. It was built by the Bhati  Rajput king Rao Jaisal in the year 1156 AD and situated on the Trikuta hill. It is an example a hill fort in the desert. Golconda fort was built by the rulers of Kakatiya dynasty in 1143 AD. It was built on top of a granite hill and consists of temples, mosques, palaces, halls etc. The mines in the fort are very popular for producing diamond such as Kohinoor. There are many palaces inside the fort. The outer wall this fort has 87 bastions, which were used for security purpose. 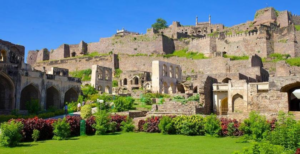 It is a very famous fort which is situated in Uttar Pradesh. The tomb of Ghiyasuddin Tughluq was  Constructed on a high platform with a marble dome.

Q1: What kind of destruction was caused due to weapons?

Ans: Guns, canons, and bombs were weapons used in the past. A single bomb can cause so much destruction such as loss of life and damage structures.