However, the third type of progression is the Harmonic Progression. 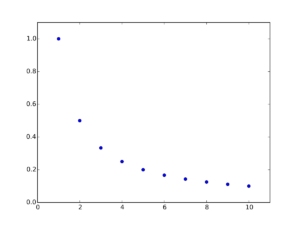 Types of Progressions in Arithmetic

Arithmetic Progression is a sequence of numbers in which any number is more than the immediately preceding number. This difference is usually a constant value. Therefore, this constant value also goes by the term constant difference.

Also, you can obtain any number of the A.P by adding the common difference to the preceding number. Further, the average of all the term in an arithmetic progression is arithmetic mean (A.M).

Geometric Progression refers to the numbers taken in a specific order wherein the ratio of any number to the preceding number is the same. It is important that the ‘any number’ should not be the first number of the sequence.

This ratio in a G.P also goes by the term common ratio. Further, you can obtain any number of the G.P by multiplying the common ratio with the preceding number.

Meaning and Definition of Harmonic Progression

Equivalently, a sequence is a harmonic progression when each term is the harmonic mean of the neighboring terms.

It is not possible for a harmonic progression (other than the trivial case where a = 1 and k = 0) to sum to an integer. The reason is that, necessarily, at least one denominator of the progression will be divisible by a prime number that does not divide any other denominator.

Use and Application of Harmonic Progressions

If co-linear points A, B, C, and D are such that D is the harmonic conjugate of C with respect to A and B, then the distances from any one of these points to the three remaining points form harmonic progression.

Specifically, each of the sequences AC, AB, AD; BC, BA, BD; CA, CD, CB; and DA, DC, DB are harmonic progressions, where each of the distances is signed according to a fixed orientation of the line.

In Business Prediction and forecasts

Harmonic Progression play a vital role in ensuring that businesses are able to effectively predict their activities. Business functions such as financial budgeting, sales forecasts, weather predictions, etc, are possible due to the deep understanding of harmonic progressions.

Q. What is harmonic mean?

Sol: Harmonic mean refers to the average of all the numbers in the harmonic progression or harmonic series.