The word probably means likely or chance. We use probability to denote the happening of a certain event, and the occurrence of that event, based on past experiences. We use the word odd frequently in statistics. Let us now discuss odds in probability in detail.

Before we study odds we need to understand some useful terms. 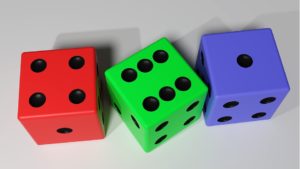 For measuring probabilities, the probability is the ratio of favorable events to the total number of equally likely events.

Odds relate the chances in favour of an event to the chances against it. For instance, the odds are 2: 1 that A will get a job, means that there are 2 chances that he will get the job and 1 chance against his getting the job. This can also be converted into probability as getting the job = \(\frac{2}{3}\).