To remove the deficiencies of the banking sectors in India, financial reforms were introduced in the bank. The banks in India lack autonomy. This is reflected through the fact that the wage across all the bank employees is the same irrespective of the health of the bank is concerned. That is why financial and banking reforms are brought upon in the banks of India. Before moving on to the functions, we will give you an introduction to financial reforms. 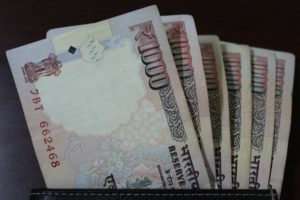 A substantial difference is seen in the liberalization and transformation of the whole financial system.

Some of the objectives of these reforms are as follows:

To ensure these financial reforms, Narasimha committee was formed which prepared 2 reports in 1991 and 1998. It was set up to study the problems associated with the Indian financial system.

Learn more about Economics reforms in India here in detail

The Narasimha committee recommended cutting the higher proportion of the cash reserve ratio and liquidity ratio. At that time both of these ratios were very high. The CRR ratio was 15 percent while the SLR ratio was 38.5 percent.

This high percentage in the ratios meant that the bank resources were locked in for the government users.

The committee also thought that the interest rates in India were controlled and regulated by the authorities.

Thus, it recommended eliminating this control and regulation on the interest rates.

Also, it phased out the interest rates that were given to the priority sector.

Phasing out the Direct Credit System

The government adopted direct credit programs as a part of nationalization in India.

Thus, the committee recommended that this initiative should be phased out.

So, these programs were able to compel the banks to pay close attention to their financial resources which can be provided to the needy and the poor people.

This will be provided at a concessional interest rate.

Structuring the Banking Sector and Organizations

It was recommended by the committee that the actual number of public sector banks PSU’s to be reduced. SBI and other 3-4 likewise banks should be developed as international banks.

While there should be 8-10 banks which has a nationwide presence and thus should concentrate on national and universal services.

Q. Which of the following is/are from the 2nd schedule of the RBI?