When the financial crisis happened in 2008, many banks in the world were hit hard. Although the crisis was to the USA, globally its effects were felt. This summary the fact that everyone is now dependent on international banking.

When we think about international banking, there are three facts that we have to keep in mind. They are cross-border lending, foreign claims, breakdown of assets geographically. Cross border lending is related to lending if non-affiliated entities abroad.

These entities have relatively fallen to local lending through branches or subsidiaries of foreign. Like a loan through a subsidiary of a foreign bank to a household or a firm. Thus, cross border lending becomes important. Also, in 2007, cross border lending constituted about one third more than the local claims in 2007. While in 2013 both of them were equal. 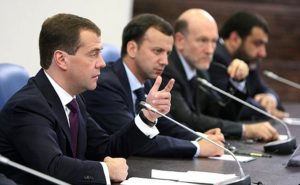 The same of local claims of affiliates of foreign banks and cross-border claims equal to the total claims. Also, because of eurozone banks in 2008, these claims have declined. While claims from other countries have been recovered. In Asia, the regionalization of banks has increased.

Also, the Asian banks that reports to the BIS hold a growing share in the total banking claims. In comparison to that, the shares of eurozone banks have shrunk.

Effects of Regulatory Changes on Banks

Through regression analysis, it is suggested that the regulatory changes have contributed to a sizeable extent in cross-border claims to GDP. Also, the dependent variable here is the growth rate. While the explanatory variables include changes in the regulation of international operations.

Thus, the conclusion is such that other control variables and exclusion of eurozone countries treat them as a single country. The results are further confirmed by the supervisory power indices and capital regulation in 2003 and 2006.

The shift from cross-border lending to local can reduce the sensitivity of total inflows to global financial shocks. Thus, countries that receive more cross-border loans gets exposed to global shocks. Also, when they are hit by domestic shocks they cannot enjoy a diversification benefit.

Because of domestic shocks, domestic credit falls in countries that receive huge cross-border claims. Also, this finding relates to other work pointing in the financial stability risks. These risks are associated with wholesale bank funding.

Thus, to counter this domestic crisis threat, lending by foreign subsidiaries locally plays a huge role. Also, this is related to the finding that is consistent with the reports that subsidiaries are more stable than cross-border lending.

Foreign banks that are in a better position to capitalize parent banks react less procyclically. Similarly, parent banks with large stable funding resources also react less. This happens during the global crisis as well as domestic.

There is no banking model that can reduce global shocks. It is better to closely monitor foreign currency and cross-border lending. Also, more cooperation is required among the national supervisors.

Q. Out of the given options, which one of them is the special drawing right that is given by IMF to its member countries?