The Composition of The Union Executive

The Union Executive comprises of

The president is the nominal executive whereas the Prime Minister is the real executive. Let us know about the qualifications, functions and powers of the members

Qualifications of The President

Functions of The President

The functions of the President can be studied under two heads

Powers of the President

Prime Minister and The Council of Ministers

The Prime Minister is elected from amongst the members of the Lok Sabha amongst themselves. Under the Article 73 of the Constitution, He acts as the head of the Council of Ministers. He is the Head of the Government and is responsible for its actions.

The State Legislature and Legislative Council 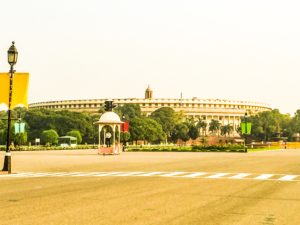 The State Legislature comprises of the Governor and the two Houses namely, the Upper House and the Lower House. The Upper House consists of the Legislative Council and the Lower House consists of the Legislative Assembly. Bihar, Karnataka, Maharashtra, Uttar Pradesh and Jammu and Kashmir follow a bicameral legislature while rest of the states follow a unicameral legislature.

The State Legislature consists of not let than 50 but not more than 500 members. They appoint a Deputy Speaker amongst themselves who acts as the Speaker of the Assembly.

The Money bill can be passed on after it is first presented in the Legislative Assembly. It can only be delayed for 14 days. The State Legislature does not hold the powers to reject it.

It holds the power to elect the President, members of the Rajya Sabha, Legislative Council, Speaker and Deputy Speaker

Que: Who holds the power to pardon the sentence of a convict declared by the Supreme Court?

Ans: The correct answer is option d. The President holds the power to pardon the sentence of a convict declared by the Supreme Court.

There were 11 fundamental Duties but above mentioned are 12 how it could be?

Fundamental duties for Indians only or both Indian and foreigners????

Why does the government function at two levels in a federation?