We live in a fascinating world, where new discoveries happen every day. New people do new and interesting things every day that change the world a little bit. And some such remarkable achievements and personalities remain imprinted on our history. Let us learn a little bit about some firsts in the world.

Firsts in the World 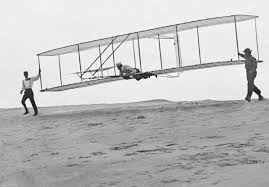 Now let us talk about the first man to achieve the undeniably amazing task of climbing to the summit of the tallest mountain in the world, the Mt. Everest. This man was a New Zealander named Edmund Hillary. and his sherpa was Tenzing Norgay. They reached the summit on the fateful day of 29 May 1953.

Another one of the world’s most important and remarkable invention was the aeroplane. The credit for its invention goes to the Wright brothers, as we all know. But do you know their individual names? They were Wilbur Wright and Orville Wright. They are also credited as the first persons to ever fly a plane.

While we are on the subject of travel, the first person said to sail across the world was the incredible Portuguese explorer by the name Ferdinand Magellan. But his is a tragic story. Halfway through his journey Magellan was actually killed on a Philippian’s island, But his ship did complete its circumnavigation, and history decided to credit this feat to Magellan. 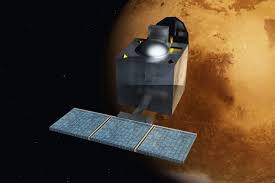 When space exploration was at its peak in the mid-1900’s India also sent Rakesh Sharma into space, who was the first Indian to do so. The first Indian woman in space was Kalpana Chawla, although she tragically died in a space accident. But she remains an idol and an inspiration to all Indians and space enthusiasts of the world.

And on the subject of space travel, let’s talk about the remarkable achievement of Mangalyaan, India’s Mars Orbiter Mission. Launched on 5th November 2013 it has been orbiting Mars since 24 September. It was a thrilling and unbelievably difficult space mission, that Indian scientist did on a shoestring budget which is why it is considered a marvel by the space community of the world.

And now let us talk about some Nobel laureates coming from India. First was the famous Rabindranath Tagore who won a Nobel for his immeasurable contribution to Literature. Then was scientist C.V.Raman who won the Nobel for contribution to Physics. Amartya Sen won for his work in Welfare Economics. And both Mother Teresa and Kailash Satyarthi have won Nobel prizes for peace.

Q: Who was the first woman judge of the Supreme Court of India?