You must have seen the lava flow out of volcanoes on TV or maybe in real life as well. The rocks that form after this lava cools down is referred to as igneous rocks. There are many igneous rocks examples that are present around us.

Igneous rocks form when the crust of the earth melts into magma. These rocks have various properties that make them unique including the time they take for cooling as well as the type of magma it forms from. 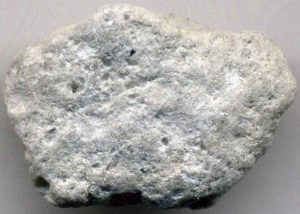 Igneous rocks are those whos formation takes place due to the cooling down of the lava or magma. We can divide these rocks into two types which are intrusive and extrusive. When we look at the intrusive igneous rocks, we see that these form when the magma cools slowly beneath the surface.

Similarly, the extrusive ones from when the lava above the surfaces cools down quickly. Other than the time it takes to cool, we can also divide them based on the magma they form from. These igneous rocks examples are intermediate, felsic, mafic or ultramafic.

As we know that all igneous rocks examples form when the lava turns solid. It can either take place below the surface of the earth or above it. Thus, there are common characteristics of all the igneous rocks.

Firstly, they do not contain any fossils. These rocks rarely react with acid and do not have any layering usually. Further, they can be composed of two or more minerals and can find them in light or dark colours, both.

They are usually made of mineral crystals of different sizes. Sometimes, these rocks do have openings or glass fibres. Moreover, some can also be fine-grained or glassy.

As there is slow cooling of lava in intrusive igneous rocks, it enables the growth of large mineral crystals within these rocks. These crystals are responsible for giving the intrusive rocks their coarse nature. Some of the igneous rocks examples are gabbro, granite, peridotite, and diorite.

These rocks are formed by magma which has a composition between felsic and mafic. It usually forms through subduction zones including the oceanic plates. The structure of these rocks includes quartz, amphibole, pyroxene, feldspar, and biotite.

These rocks are mainly ferromagnesian in nature plus olivine. For instance, peridotite is a slow-cooling rock which is the perfect example of this type of rock. Thus, we see that we can hardly find any other forms of these rocks which are fast-cooling plus they are also very rare.

These rocks form by the magma which the ferromagnesian minerals dominate. It usually exists in oceanic divergent zones.

It contains magnesium as well as iron silicates. Further, these also contain other minerals like olivine, pyroxene and more.

These rocks form by the magma which mainly contains silicon and aluminum. Its formation takes by the continental crust which is high in gas content.

Other than that, it also has a mineral content of quartz, potassium, biotite and more. For instance, granite and rhyolite are examples of these types of rocks.

Question– Which of the following is not an extrusive rock?