Do you remember the first novel you read?  Novels and stories give us a new perspective on adventure and commitment that has the ability to stay with us for a lifetime. But where this life-altering art was developed? And what is the story of the novel itself? Let us see it.

The Rise of the Novel

“It is only novels in which the greatest powers of the mind are displayed, in which the most thorough knowledge of human nature, the happiest delineation of its varieties the liveliest effusions of wit and humor are conveyed to the world in the best-chosen language.” Such a beautiful and precise definition of Novel by Jane Austen

A novel is long work of written fiction. A novel is a modern form of literature and the invention of printing made this form of literature possible. The novel is a product of development in the print culture and technology. A novel is the result of print which is a mechanical invention. Without print back then the novel could not reach a large number of audience. Improvements in communication were the reason for the emergence of common interests among the readers, they saw themselves with the lives and stories of the characters.

The spread of the novel began in the 17th century and flowered in the 18th century. They established in England and France during 17th century but only during the 18th century growing readership and the earnings of authors increased drastically. This gave freedom to the authors from financial dependence on the patronage of aristocrats. As their earnings increased, they began to experiment with different literally styles.

Novels were pricey and not affordable by the poor classes. Henry Fielding’s Tom Jones (1749) sold at three shillings for each of its six volumes. Circulating libraries started in 1740 and the general public could get access to books. New innovations in printing and new innovations in marketing helped in increasing the sales and reducing the prices. An example of this is when publishers in France realized they could make high profits by hiring out novels by the hour. 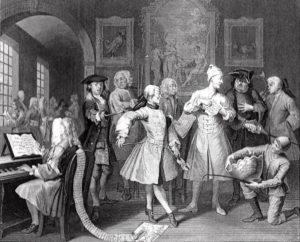 The novel seemed more realistic and the made the reader travel in the author’s imaginative world. People were deeply involved in the characters. The first novel serialized in a magazine was  Charles Dickens’ Pickwick Paper in 1836. Magazines were cheaper and illustrated. Serialisation became the reason to relish suspense.

The World of Novel

The novels reflected the contemporary development in the society. The problem of city life was a major theme of novelists. For example, Thomas Hardy’s Mayor of Casterbridge brought the vast majority of urban readers to closer to rural community through his stories.

During the eighteenth century, women utilized their free time to read and write novels. They explored the world of women, their emotions, identities, experiences and problems. Charlotte Bronte’s (1816-1855) Jane Eyre portrayed an independent and assertive girl who protests against hypocrisy and cruelty. Jane Austen’s (1775-1817) Pride and Prejudice portrays the lives of women in rural society in early 19th century England. 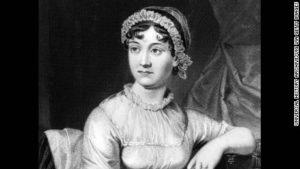 Novels for a young generation were based on heroism. The hero of such a novel usually was a daring, positive and powerful person. R.L Stevenson’s Treasure Island (1833) which idealised a new type of man, his novels were full of adventures.

The Novel Comes to India

During Colonialism, most of the novels were written to glorify the conquest of the Europeans. Eventually, in the twentieth century, some of them did show the darker side of colonial occupation. The novel was not known in India until the 19th century. Many Indian authors tried to translate the English novels but they eventually didn’t enjoy doing that. Great Epics were written in verses. 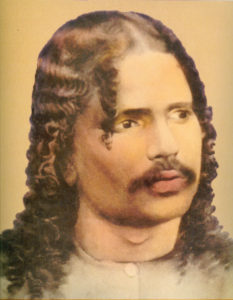 The Novel in the Colonial World

For the colonial administrators, the Novel provided a good source to understand the life and social hierarchy in India. It was easy for them to understand different scenarios of the Indian society through the help novels. Few of them were translated into English; by British administrators or Christian missionaries. Many novels highlighted the social ills and provided solutions for the same. Many novels told stories about the past so that people could connect with the past.

Needless to say, novels soon became the very popular medium of entertainment among the middle class. Novels seemingly helped in spreading silent reading. In the nineteenth century and probably in the early twentieth century, people often read out loudly for several other people to hear. Eventually, people adapted to read in silence. Detective and mystery novels often had to be sent for reprints to meet the demand of readers. Many novels were printed as many as twenty-two times.

Reading novels was prohibited for women and children. It was believed that novels were having a negative impact on the minds of women and children. Parents started keeping novels in secret places so, out of children’s reach. Young people had to read them in secret. Older women who could not read took the help of their grandchildren to enjoy listening to a novel.

In an early twentieth century, women in India also began to write novels and short stories. Many women writers had to write the novel in secret because the society saw it as blasphemy. However, many women turned into writers and wrote poetry, essays and autobiographies despite the resistance from the society.

Few authors started to highlight the struggle of lower caste people in their writings. The theme of multiple novels was about the conflicts arising out of the marriage between a lower caste and an upper caste. People from the lower caste became authors; like Potheri Kunjambu from Kerala. Many lower class communities got space in the literary era through novels.

Nation and its History

In Bengal, many novels were about Marathas and Rajputs. These novels showed the nation to be full of adventure, heroism romance and sacrifice. Novel allowed the colonized subjects to give shape to their desires. Bhudeb Mukhopadhyay’s Anguriya Binimoy (1857) is about Shivaji’s adventures against Aurangzeb. Bankim’s Anandamath (1882) is a novel about secret Hindu militia which fights Muslims to establish a Hindu kingdom.

These novels inspired many kinds of freedom fighters. Many of these novels also reveal the problems associated with thinking about the nation. We know that India cannot be a nation of only a single religious community.

Question: In what ways was the novel in colonial India useful for both the colonizers as well as the nationalists?

Answer: For the nationalists, many novels provided tools to spread the idea of nationalism. Novels motivated nationalist leaders. For the colonizer’s administrators, novels provided as a source of information about Indian cultural scenario. They utilized that knowledge to have a better understanding of India.

Question: In which language the earliest Indian novel was written
(a) Tamil
(b) Hindi
(c) Bengali
(d) Telugu

Share with friends
Previous
From Tasting to Digestion
Next
Novels, Society and History