Agriculture is clearly known to be the backbone of any civilization. Man’s first occupation was farming. Let us know more about the peasants and farmers who are responsible for the food we put on our tables. The history of peasants and farmers developed not only in a specific part of the world but all over the globe. Today we will discuss the three important regions where it developed, England, USA and India.

Peasants and Farmers in England 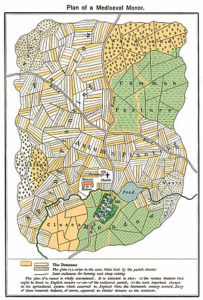 In England, the countryside had a lot of open fields. The peasants and farmers cultivated these open fields which were strips of land near the village. During the beginning of every year, people were allotted these strips of lands which were of varying quality. This was to ensure that everybody got a share of good and bad land.

And beyond these divided strips was the common land which was used by all and everybody had access to common land to collect fodder, firewood, berries and to graze cattle. For the poor, the common land was very helpful as it sustained their survival if their crop didn’t make any money in the market.

Everything was peaceful and well going until the 16th century. During the 16th century, wool‘s demand rose in the world market. Farmers started to trespass in the common land to improve the sheep breed as it promised good feed. These acts were known as enclosures. They did not let the poor who were dependent on that land to access it. As the enclosures started to trespass the common land, there was no concept of common land left.

During the mid 18th century, this act of enclosing on common land spread through the entire countryside in England to fulfill the increasing demand of foodgrains because of industrialization. Then, the British government passed 4000 acts of legalizing these enclosures.

During the mid-18th century, the population of England expanded four times. Britain was on the tip of industrialization. People were moving to cities. There was a drop in farmers. As more and more people migrated in the urban areas. There was an increase in the demand for foodgrains.

The market of foodgrains expanded and needless to say, this motivated the landowners to get more enclosure of land. The result of this act was that the production of foodgrains increased like never before. Britain was producing 80% of its food the population consumed. Due to this dire need of foodgrains, landowners enclosed on common lands even more.

The forests were cut down, took over marshes and turned larger areas into fields. The poor farmers had no longer access to the common grounds. This was a very hard time for the poor as their income was deteriorating, work was uncertain and even their customary rights were fading off.

The threshing machine was invented during the Napoleonic war. This meant less dependency on labour and plus a boost in production. A single machine could do the work of 20 labourers. Soldiers returned after the war and found no jobs. Economic stress begins to cover Britain as the workers were opposing the introduction of a threshing machine.

After grains started coming into England from Europe, the prices fell. Landowners began to reduce the production of the grain. An agriculture depression clouded England. In the midst of the introduction of threshing machines, riots broke out due to the pressure of unemployment. The farmers were facing threats from a mythic figure name ‘Captain Swing’. During the midnight the farms were burnt and stock inside reduced to ashes.The government issued arrest of the protestors.

Peasants and Farmers in the USA

The Land of Promises

As the enclosures and grain cultivation was happening in England, most of the landscape was not under the control of white Americans. Till 1780’s they were settled in the small narrow strip of coastal land of the East. By early 20th century, this situation was reversed when white Americans moved westwards as they displaced the native local tribes and took control of the West coast of America.

While moving West, they cleared the land and cultivated wheat. As they gained control of both the coastal lines, there was an increase in population. And the wheat they cultivated, paid off. Export market in America boomed. This scenario motivated the farmers to produce more. Furthermore, during the first world war, Russia cut off the wheat supply. President Wilson urged the farmers to cultivate more wheat, he said: “Plant more wheat, i.e Wheat will win this war.” 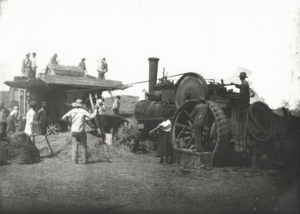 With a boom in the demand for the wheat, the farmers upgraded their equipment and installed new technology to produce the supply of wheat. Tractors, discs, ploughs and mechanical reapers were used in the production of wheat.

Poor farmers were adversely affected by the technological uprise in the USA. These poor farmers bought expensive equipment on loan. Just then the demand for wheat in the market dropped and export stopped. Prices fell and poor farmers could not repay the loans they took for the machinery. Wheat and corn turned into animal feed. The great depression of the 1930s ruined the poor farmers. 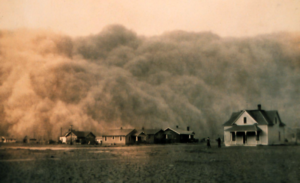 America experienced dust storms during the 1930s. The wind blew with great speed, uprooting every vegetation in its way. Farmers burned the trees which had deep roots in the earth. There were no rains for years. The temperature started to increase and the whole region became a dust bowl. People were blinded and choked, cattle suffocated, and covered the fields and covered river surface till fishes died.

Peasants and Farmers of India

British trade with China and history of opium cultivation in India connect together. East India Company of England was buying tea from China to sell it in England. Very soon the tea became very famous and the demand in England increased and the supply also increased from East India Company. To balance their trade with China, they looked for a commodity they could sell to China. They found opium. England bought tea from China and hence China bought opium from England.

When England took Bengal under their control they looked after the maximum production of opium. Market expansion of China allowed a large amount of opium to flow from Bengal to China.

As British made sure to maximize the production of opium. The peasants opposed them because of the following reasons:

The British discovered that opium produced in British territories was declining, whereas in territories not under the British rule the production was increasing. Those traders were selling opium directly to China. This moved the British government to establish a monopoly over this trade.

Questions: The number of opium chests exported to China by the British government in Bengal before 1767 was?

Answer: The correct option is “B”. Before 1767 no more than 500 chests were being exported from India. Within four years the quantity trebled. A hundred years later in 1870, the government was exporting 50,000 chests annually.