Did you know that like the British, the French to were colonisers? The French had an iron grip on the Indo-China region. They colonised Vietnam from 1858 to 1880. This helped Vietnam escape Chinese influence and eventually gain independence. Let us study their history.

Vietnam Emerging from the Shadows of China 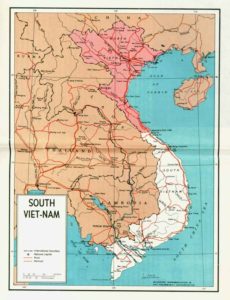 When we read history, we come across different terms that mix names of countries and regions. Some examples are ‘South- East Asia’, ‘South Asia’, ‘Tibeto- Burman’, etc. Similarly, ‘Indo- China’ was a collective term for Laos, Vietnam and Cambodia together. How do you think each of these countries carved out a separate identity for themselves?

We shall see how Vietnam was emerging from the shadows of China. This was mainly led by the French colonial rule. However, anti-colonial feelings helped strengthen nationalism in later phases.

As mentioned earlier, Vietnam was just a surrounding area of China, that followed the same governance system and cultures. It was also a part of the rich silk trade route that exchanged people, goods and ideas. This started to change after they became a colony of the French. 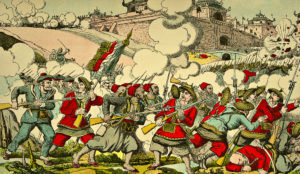 In medieval ages, Europeans embarked upon a quest to make colonies out of Asian countries. The reason they gave for this was the infamous ‘white man’s burden’ theory. It stated that Europeans were the most civilised and thus had a ‘duty’ to civilise the rest of the world.

But in reality, Europeans wanted a place where they could buy cheap raw material from and a market to sell goods. This system was extremely exploitative and created the division between the ‘developed’ and ‘underdeveloped’ countries.

Vietnam as a Colony 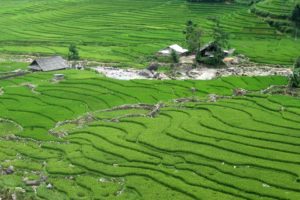 Like the British did in 1757 in India, the French too established their colony in Vietnam from 1858- 1880. After the Franco- China war, the French gained control of Tonkin and Anaam. Thereafter, they created a firm grip over the country, creating dissatisfaction among the masses, that led to the rise of nationalism.

At first, the French aimed at giving agriculture a boost. They made many canal networks and also reclaimed marshy lands for cultivation. The area of rice cultivation rose from 2,74,000 hectares to 2.2 million hectares in 1930. By 1931, Vietnam had become the third largest producer of rice in the world.  Two- thirds of this were exported and all the profits were reaped by the French.

Even infrastructure was added to help build the mass production in Vietnam. Railway networks were laid for the easy transportation of good and people. Railways linked the north and south of Vietnam to Yunan in China as well as Siam (Thailand).

Vietnamese people worked as bonded labour to build these infrastructures. They suffered wide human rights violation and were badly exploited for the sake of profits.

Why did the French try to develop Vietnam?

You may think, why did the French spend money and effort in a place where they had no interest? Building the economy of Vietnam would make the people richer and thus, they could buy more goods from the French. This would ultimately benefit the French. The huge population, lack of land resources, etc., as problems in developing Vietnam economically.

Answer: It was a theory that was used to justify colonialism by the Europeans. It stated that Europeans were the most civilised and thus had a ‘duty’ to civilise the rest of the world. They would do this by colonising the other ‘barbaric’ countries of Asia, America and Africa.

The Nationalist Movement in Indo China

But how did Vietnam emerge from the shadows of China?

The Nationalist Movement in Indo China