Factorization, sometimes also known as factoring consists of writing a number or another mathematical object as a product of several factors. Usually, factors are smaller or simpler objects of the same kind. It is an important concept in algebra. Here we will see some factorization formula. Let us learn it!

In Mathematics, factorization is defined as the breaking or decomposition of an entity into a product of another entity, or factors. After the multiplication of factors together it will give the original number.

It is the resolution of an integer or polynomial into their factors. In the factorization method, we reduce the algebraic or quadratic equation into its simpler form. The factors of any equation can be an integer, a variable or algebraic expression itself.

Factorization is not considered meaningful within number systems possessing division normally. For example, real or complex numbers. Since anyone can be trivially written as whenever it is not zero. Thus a meaningful factorization for a rational number or function can be obtained by writing it in its lowest terms both numerator and denominator. 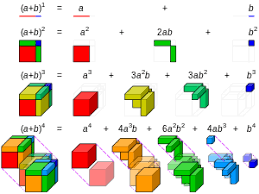 The numbers 1, 2, 3, 4, 6, and 12 are all factors of 12 because they can be divided by 12 completely. It is an important process in algebra and is called Algebra factorization.

In algebra for doing factorization various methods are available. Sometimes algebraic identities help a lot for solving such problems. Some of them are as follows:

Factorizing formulas in algebra is especially important when solving quadratic equations. Also, while reducing formulas we normally have to remove all the brackets. In particular cases, for example with fractional formulas, sometimes we can use factorization to shorten a formula. The term is something that is to be added or subtracted. The factor is something that is to be multiplied.

Here are some maths factorizations example questions and how to factorize the quadratic equations are explained in detail.

Solution: The constant term is 6, which can be further written as the product of 1 and 6.

Remember that the order doesn’t matter in multiplication.

Solution: It is simple problem of factorization.