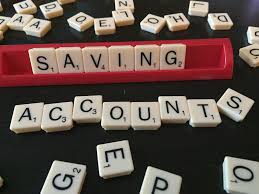 The entire concept of simple interest is based on the time value of money. This means that money has a current value in the present, known as present value and another value in the future known as future value. So essentially, it costs to borrow or loan some money. And vice-versa if you invest money in a time deposit, you earn money. This amount is known as interest.

Take for example the case of Mr. A. He wished to start a business and so he approached a bank for a loan. The bank was happy to comply. The agreed to loan him an amount of Rs 10,000/- for 2 years. Now at the end of two years, he will have to return the money to the bank. But he cannot just pay back the 10,000/-. Remember it costs to borrow money. So he must pay interest at the agreed 8% per annum.

Before we learn the simple interest formula, let us see the terms related with the formula. First is the rate of interest (R). This is the rate at which interest will be charged per annum. From the example above, we can identify that the rate is 8%. The next is the term or the duration of the arrangement. We call this the time period or the term (n or t). It is generally expressed in years since the rate is per annum. In the above example, the term is 2 years.

Then we have the principal amount (P). This is the initial amount of the loan, or the initial amount invested. In the above example, the principal amount is the amount of loan given by Mr. A, which is 10,000/-. Then we have the Future Value, or the amount (FV or A). This is the amount that Mr. A gets at the end of the term, i.e after 2 years. This Amount includes the Principal and the Simple Interest. Now let us take a look at some important formulas with respect to Simple Interest.

Ans: Here we simply have to calculate the interest amount. So we will directly apply the formula,