Out of all the geometric shapes and figures, the circle is a fascinating form present around us. Be it the sun, moon and even a bottle cap, circular objects are quite common. Let’s try to understand its proper definition of circle and circle area together with the various aspects that are associated with geometry.

A circle is a shape wherein all points have the same distance from the center. Few real-world examples include a wheel, dining plate, coin etc. Drawing it properly isn’t easy with a running hand. The availability of a compass (a geometric tool) is preferred by most people, be it at school or at the workplace. 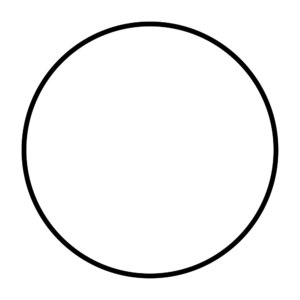 The diameter can be termed as a line which is drawn across a circle passing through the center.

The distance from the middle or center of a circle towards any point on it is a radius. Interestingly, when you place two radii back-to-back, the resultant would hold the same length as one diameter. Therefore, we can call one diameter twice as long as the concerned radius.

A line segment that joins two points present on a curve is called as the chord. In geometry, the usefulness of a chord is focused on describing a line segment connecting two endpoints which rest on a circle.

A line which slightly touches the circle on its travel to a different direction is Tangent. On the other hand, a part of the circumference is an Arc.

A sector is a part of a circle surrounded by two radii of it together with their intercepted arc. The segment is that region which is enclosed by a chord together with the arc subtended by the chord.

In geometry, Quadrant and Semicircle are known as two special versions of a sector.

Focusing on geometry, there are numerous facts associated with circles. Further, the relation of it to straight lines, polygons, and angles can also be proved. All of these facts together are properties of the circle. Let us try to learn the primary properties in order to enhance our knowledge.

Question 1. Calculate the area of a circle having radius 1.2 m.

Question 2: How to find the area of the circle?

Answer: The formula for finding the area of the circle is πr2. Moreover, you can find the area of a circle by multiplying the value of pi that is 3.14 or 22/7 by the square of the radius. However, in place of radius diameter of a circle is mentioned in the question then half it as the radius is half of the diameter.

Question 3: Is the circumference of a circle squared?

Question 4: Give a simple definition of a circle?

Answer: It refers to a round 2D shape in which all the points on the edge of the circle are at the same distance from the center. Moreover, the diameter of a circle is equal to twice its radius. In addition, the circumference of a circle is the line that goes around the center of the circle.

Question 5: Define the radius of a circle?

Answer: It refers to the distance between the centers to any point on its circumference. The simplest way to find radius is to half the diameter.

Share with friends
Previous
Polygons and Angles
Next
Curves