Trapezium and Its Properties 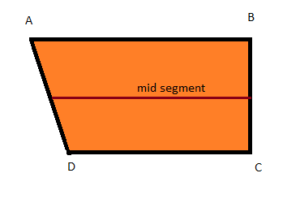 Every trapezium shows the following properties: 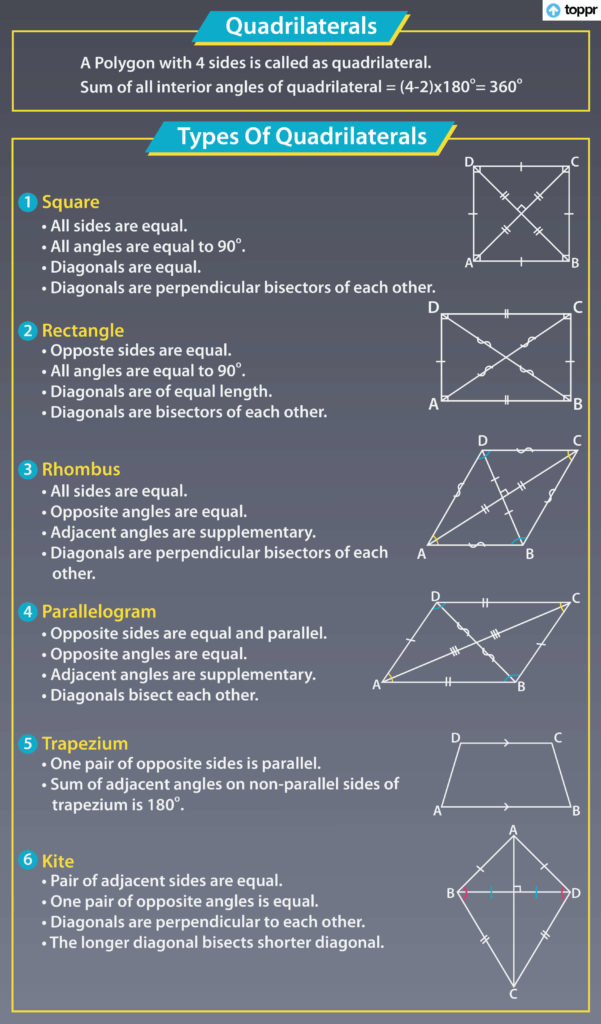 Kite and Its Properties

Kite is also a quadrilateral as it has four sides. Being a special type of quadrilateral, it shows special characteristics and properties which are different from the other types of quadrilaterals. A kite is the combination of two isosceles triangles. Let’s see how! In a kite, two adjoining sides are equal as shown in the figure. These sides are called as distinct consecutive pairs of equal length. From the above discussion we come to know about the following properties of a kite:

From the above discussion, we can now differentiate the peculiar shapes of trapezium and kite.

Question: Find the value of y in the given figure Answer. A trapezium is characterized by the properties it does not possess. Furthermore, it has no parallel sides. In case the quadrilateral had one pair of parallel sides, it will be characterized as a trapezoid. In case both pairs of sides happen to be parallel, the figure would be a parallelogram.

Question. What is the formula for calculating the trapezium area?

Answer. The formula for computing the area of a trapezium is 1/2× Sum of parallel sides × distance that exists between them.

Question. Can we say that the diagonals of a trapezium are equal?

Answer. Diagonals are equal only in the special case of trapezium that is known as a trapezoid (or isosceles trapezium). Furthermore, a characteristic property of trapezoid is that the diagonals happen to be equal. It is certainly not a necessity that diagonals of all types of trapezium turn out to be equal.

Question. Which angles happen to be equal in a trapezium?

Answer. The sum of angles in a trapezoid-like other quadrilateral happens to be 360°. Therefore, in a trapezoid ABCD, ∠A+∠B+∠C+∠D will be 360°. Two angles on the same side happen to be supplementary.