Vectors are extensively useful in science to describe anything having both a direction as well as a magnitude. They are usually drawn with the help of pointed arrows, the length of which will represent the vector’s magnitude. A quarterback’s pass is the simple example because it has the direction usually somewhere downfield and a magnitude. Sometimes we have to handle two vectors together working on some object. In such cases angles between those vectors are important. This topic will explain the angle between two vectors formula as well as examples. Let us learn it!

Off the field, vectors can be used to represent any number of physical objects or activities. For example. Wind, for instance, is a vectorial quantity. It is because at any given location it has a direction as well as the magnitude. We can make a map of airflow at any point in time, then, by drawing the wind vectors for a number of different geographic locations.

In terms of mathematics, a vector is any object that has a definable magnitude, and direction. As vectors are not the same as standard lines or shapes, we need to use some special formulas to find angles between them.

The Formula for the Angle between Two Vectors 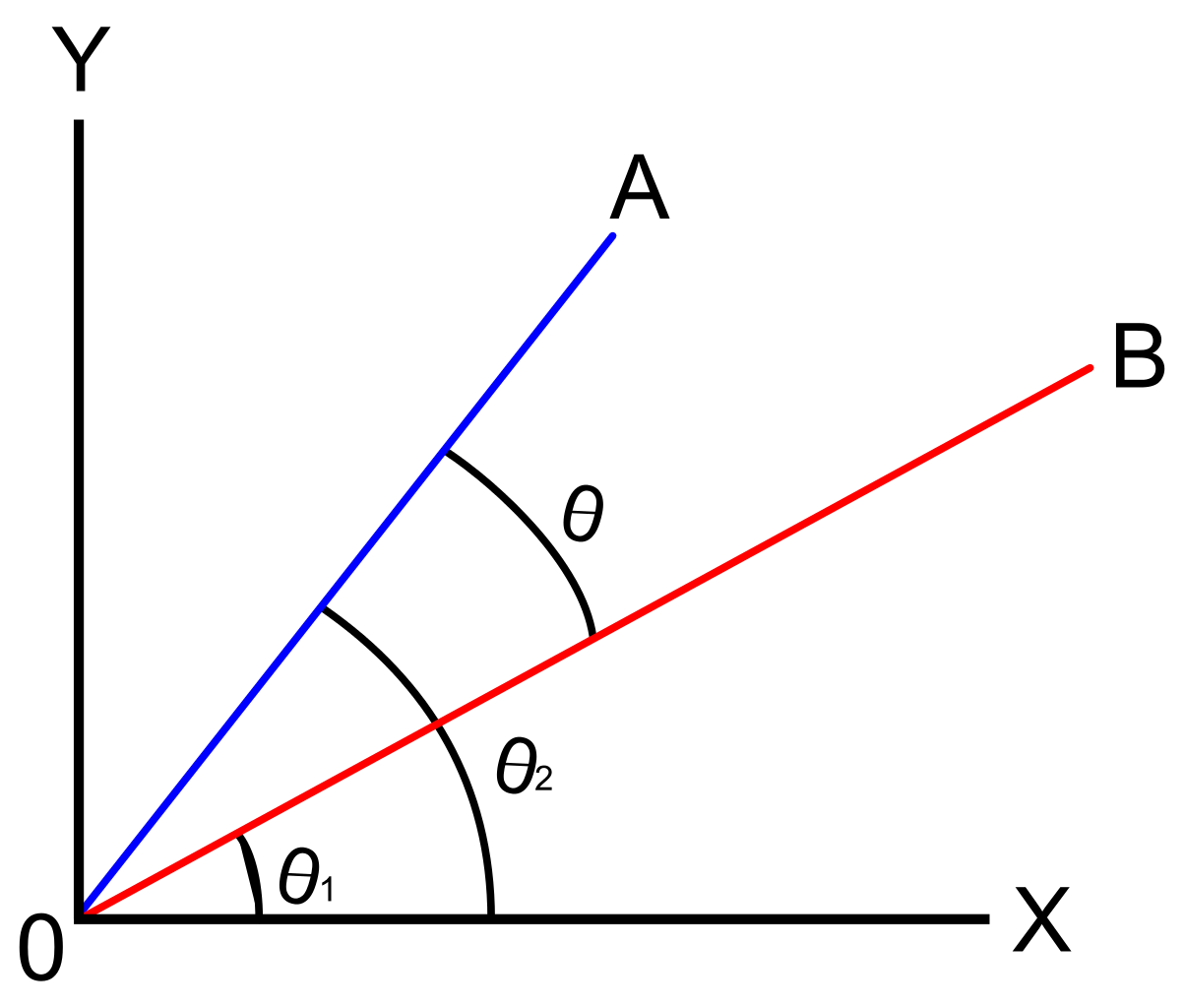 The angle between two vectors will be deferred by a single point, which is called as the shortest angle at which we have to turn around one of the vectors to the position of co-directional with another vector.

The discussion on direction angles of vectors focuses on finding the angle of a vector with respect to the positive x-axis. This will focus on the angle between two vectors in the standard position. A vector is said to be in standard position if its initial point is the origin (0, 0).

If the two vectors are assumed as a and b then the dot created is defined as a .b. Let us assume these two vectors are separated by angle \(\theta\). To know what is the angle measurement we will solve with the help of formula given:

We know the dot product:

Now, the angle between two vectors formula is:

Where \\(theta\) is the angle between a and b vectors.

We define the dot product as:

The Magnitude of vectors is:

The angle between the two vectors is