In view of the coronavirus pandemic, we are making LIVE CLASSES and VIDEO CLASSES completely FREE to prevent interruption in studies
Home > Formulas > Physics Formulas > Center of Mass Formula 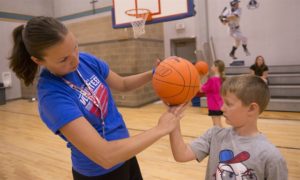 What is the Center of Mass?

The center of mass of a body or system of a particle is defined as a point where the whole of the mass of the body or all the masses of a set of particles appeared to be concentrated.

We can extend the formula for the center of mass to a system of particles. We can apply the equation individually to each axis also.

We can use the above formula if we have pointed objects. On the other hand, we have to take a different approach if we have to find the center of mass of an extended object like a rod. Then we will consider a differential mass and its position and then integrate it over the entire length.

The center of mass of the minute-hand: