Decibel i.e. dB is the unit for expressing the ratio between two physical quantities, generally acoustic or electric power. Also used for measuring the relative loudness of the sounds. The decibel (dB) is a logarithmic unit used to measure the level of sound. Also, it is widely used in electronics, signals, and communication. The dB is a logarithmic way of describing some ratios. In this topic, we will discuss the Decibel Formula with some examples. Let us learn the concept! 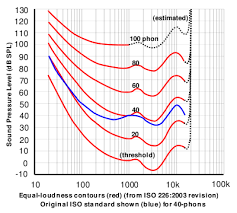 The human ear is a versatile and amazing hearing device. It has a clever in-built mechanism that reduces its own sensitivity with the rise of sound level. It also has a remarkable ability to handle the enormous range of sound power levels. The human ear can hear the sound of a pin dropping as well as the roar of a jet engine far away.

When we measure the noise levels with a sound level meter, we measure the intensity of noise called decibel units (dB). A sound meter uses a display with a decibel range and its resolution is further approximate to the ear’s range. Thus the upper range rather than the quiet part.

If we think about it, then it would be very difficult to manufacture a sound level meter having linear performance. So, to express levels of sound meaningfully in numbers in a more manageable form, a logarithmic scale is used. It is on 10 as the base, rather than a linear one. This scale is referred to as the decibel scale.

The intensity of a sound wave is measured as the rate at which it transports energy per unit area. It is equivalent to the average power per unit area. We express it as Watts per square meter.

Another more common way to express sound intensity is the decibel scale. The decibel scale uses the logarithmic function for representing a large range of intensities easily. The unit of the scale is termed as the decibel, dB.

Mathematically, we can represent it as below:

Solution:  The sound intensity in the car is expressed in micro-Watts per meter squared. The first step is to convert this to Watt per square meter.

Sound intensity in the car is:

We can now find the intensity of the sound in decibels using the following decibel formula:

The sound intensity in the car will be approximately 57.8 dB.