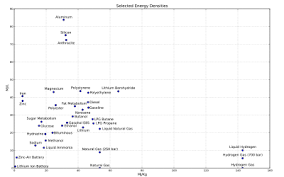 What is energy density?

Energy Density can be defined as the total amount of energy in a system per unit volume. For example, the number of calories available per gram weight of the food. Foodstuffs have low energy density and will provide less energy per gram of the food. It means that we can eat more of them due to fewer calories.

Therefore we may say that energy density is the amount of energy accumulated in a system per unit volume. It is denoted by letter U. Magnetic and electric fields are also the main sources for storing the energy.

In the case of electric field or capacitor, the energy density formula is expressed as below:

The energy density formula in case of magnetic field or inductor is as below:

In the form of an equation,

The general energy is:

Solution: First we have to calculate the density and energy of each field separately. Then we will add the densities to obtain the total energy density.

Given parameters in the question are:

Thus total energy density will be,