A mole is a very important concept in stoichiometry. One mole of any element is equal to its atomic weight in grams. It has many practical uses in the field of physics as well. Let us learn about the gram formula mass.

Weight of one mole of an element, ionic compound or molecular compound is the Gram formula mass. Avogadro number i.e. 6.023 x 1023 number of molecules or atoms (depending on the type of compound it is) is present in one mole of a substance.

The atomic mass of one mole of an element, molecular compound or ionic compound is known as the Gram formula mass (a.k.a. molar mass). Thus mole is a fundamental quantity when chemical calculations are involved. This concept is used extensively across organic, inorganic, and physical chemistry. 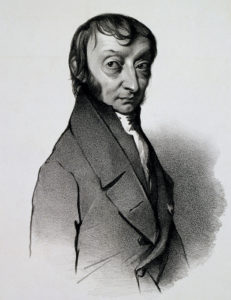 Lorenzo Romano Amedeo Carlo Avogadro was an Italian scientist. he is most famous for proposing Avogadro’s law. The law states that equal volumes of gases under equal temperature and pressure will contain the same number of molecules.

Avogadro’s number is named in his honor. The number is equal to 6.02214076×1023 and is known as Avogadro’s constant. This is a fundamental SI unit and is denoted as NA.

The actual formula for calculating the Gram Molecular Mass of a substance is :

But the above-mentioned formula seems to be complicated to use it in actual calculations. For practical purposes we use a much-simplified formula which is, to use this formula we use the concept that the weight of one mole of a substance will be equal to its atomic weight.

So, the above method can be used for any molecule to calculate it’s gram molecular mass. Knowing the atomic weights of elements will come in handy while dealing with such problems.

In competitive exams, the calculations pertaining to the gram formula mass are part of much bigger calculations. Hence to save time it comes in handy if one remembers the gram formula mass of some common compounds like Carbon Di Oxide, Carbon Monoxide, Methane etc. Quick conversions from moles to mass and vice versa must be practiced by students so that they are proficient in calculating the values during the actual exam. Repeated practice will help achieve it.

Q1: Let us take the example of  Ammonium Phosphate whose chemical formula is (NH4)3PO4.

Solution: Firstly, determine the number of atoms of each element is present in the compound :