In Physics, various kinds of motions are studied. One such motion of any object is the Projectile motion. Projectile motion is one specific form of motion where the object moves in a bilaterally symmetrical, parabolic path. This path which the object follows is its trajectory. In this article, we will discuss the basic concept of projectile motion. Also, students will learn about many related computations in this motion. One such computation is the maximum height attained by that object. Here we will see the maximum height formula with examples. Let us learn it!

Some key points about this motion are: 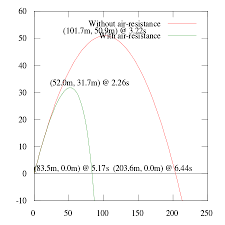 The Formula for Maximum Height

The maximum height of the object in projectile motion depends on the initial velocity, the launch angle and the acceleration due to gravity. Its unit of measurement is “meters”. So Maximum Height Formula is:

Q.1: A firefighter plane aims a fire hose upward, toward a fire in a skyscraper. The water leaving the hose with a velocity of 32.0 m per second. If the firefighter holds the hose at an angle of \(78.5 ^{\circ}\) Find out the maximum height of the water stream using maximum height formula.

Solution: The water droplets leaving the hose will be considered as the object in projectile motion. So its maximum height can be found using the said formula.

Now, given parameters are:

Thus the maximum height of the water from the hose will be 50.2 m.