The ancient people believed that planets and other celestial bodies obeyed a different set of laws from the ordinary science on the Earth. But, during the 17th century, astronomers realized that the Earth itself was a planet. And rather than being the fixed centre of the universe, it revolves around the sun similar to other planets. Further, great scientist Newton developed the explanation of planetary motion. This topic will explain the planetary motion as well as Planetary Formulas. Let us learn it!

What is a Planetary Motion?

In the early 17th century, Johannes Kepler gave the laws related to planetary motion, based on the laws of Newton. Kepler proposed three laws of planetary motion. He was able to summarize the carefully collected data of his mentor. Kepler’s efforts to explain the underlying reasons for such planetary motions were no longer accepted. Then the actual laws themselves were still considered an accurate description of the motion of any planet and any satellite. 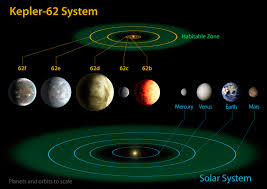 Kepler’s Third Law says that the square of the time period of the planet is proportional to the cubic value of the semi-major axis of the orbit. Therefore, the ratio of the squares of the periods of any two planets is the same as the ratio of the cubes of their average distances from the sun. This is the Law of Harmonies. Therefore, the square of the orbital period of a planet is proportional to the cube of the semi-major axis of the ellipse.

Kepler’s third law is generalized after applying Newton’s Law of Gravity and the Laws of Motion. Thus,

Q.1: A space station orbits at an altitude of 400 km above the surface of the Earth. Determine the space station’s orbital velocity using Planetary Formulas.

Solution: Distance will be the sum of the radius of the Earth and the distance from the space station to the surface.

The orbital velocity formula is: