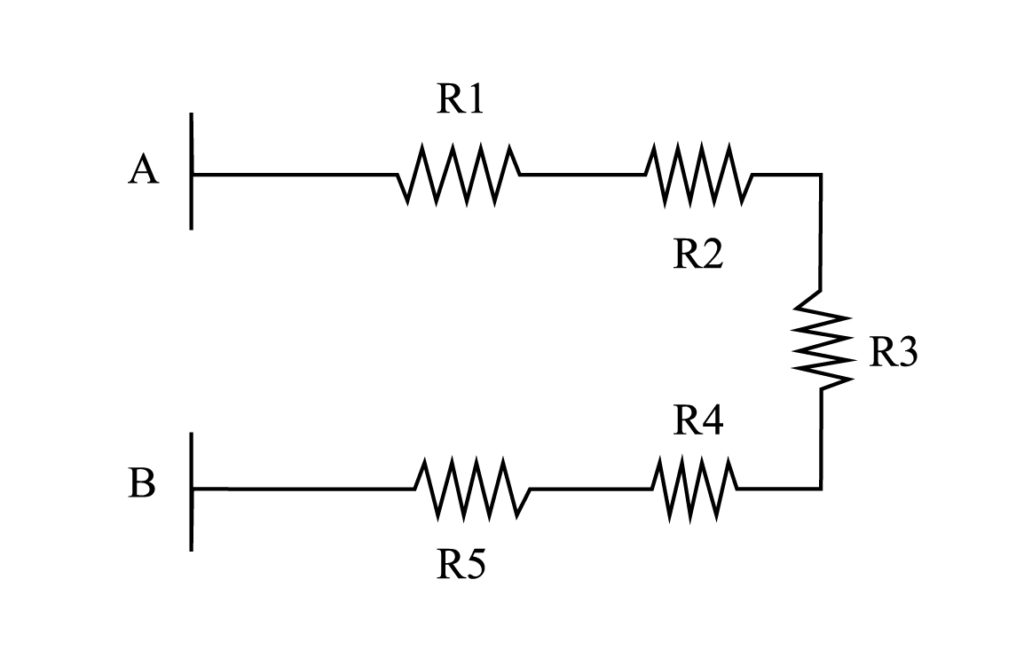 A resistor refers to an electrical component that regulates and limits the flow of electrical current in an electric circuit. Also, we can use it to provide a specific voltage for an active device such as a transistor. Besides, if all the factors are equal then the direct current (DC) circuit, the current through a resistor is directly proportional to the voltage across the circuit and inversely proportional to its resistance.

Resistors in a Series

It is a series of connected resistors which are daisy-chained together in a single line. Subsequently, all the current flowing through the circuit firstly pass through the first resistor and after that, it will pass through the second resistor because it has no other way to go it must and then third and so on.

Also, the resistor series has a common current flowing through them means that the current that flows through the first resistor must also pass through the second resistor and so on because they are in the path of current.

Most noteworthy, the amount of current that flows through a set of a resistor in a series will be the same in the entire series resistor network.

Resistors in a Series Formula