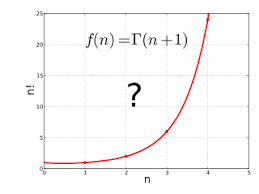 Each element has a distinct spectral fingerprint. When an element in the gaseous state is heated, then it will give off light. When this light passes through a prism, bright lines of different colors can be distinguished. Each element is slightly different from other elements. This discovery was the beginning of the study of spectroscopy.

Johannes Rydberg was a Swedish physicist who found the mathematical relationship between one spectral line and the next of certain elements. He discovered that there was an integer relationship between the wavenumbers of successive lines. His findings were combined with Bohr’s model of the atom to create this formula.

It was later found that \(n_2 and n_1\) were related to the principal quantum number or energy quantum number. This formula works very well for transitions between energy levels of the hydrogen atom. It is because H is with only one electron.

For atoms with more than one electrons, this formula begins to break down and give incorrect results. This was due to the inaccuracy that the amount of screening for inner electrons for outer electron transitions varies.

We can use the Rydberg formula for hydrogen to obtain its spectral lines. Setting \(n_1\) to 1 and running \(n_2\) from 2 to infinity yields to get the Lyman series.

For most problems, we will deal with hydrogen so we can use the formula:

It was first empirically stated in 1888 by him, and then theoretically by Niels Bohr in 1913. Niels Bohr used a primitive form of quantum mechanics. The formula directly gives the equations used to calculate the wavelengths of the spectral series of H.

Q.1: Find the wavelength of the electromagnetic radiation that is emitted from an electron relaxes from n = 3 to n = 1.

Solution: We have the Rydberg equation:

This formula gives a wavelength in meters using this value for Rydberg’s constant.