Have you ever wondered how and why the earth rotates? This concept has caught the interest of many scientists over hundreds of years. Now, imagine a line passing through the center of Earth that goes through both the North Pole and the South Pole. This imaginary line is called an axis. Earth spins around its axis similar to a top spins around its spindle. In this lesson, you’ll discover interesting facts about Earth rotation. 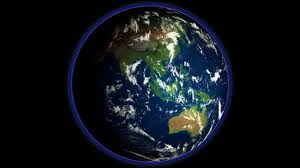 What is the Rotation of the Earth?

What if someone were to tell you that you were traveling at speeds well in excess of the speed of sound all the time? Then you probably think they were crazy because the best as you can tell that you are standing on solid ground. Nevertheless, the above statement is correct. At any given moment of time, we are all moving at a speed of about 1,674 kilometers an hour, thanks to the Earth’s rotation,

Why Does Earth Spin?

Earth spins daily once around its axis, making sunrises and sunsets a regular feature of life on the planet. It has done so since its formation 4.6 billion years ago. It will continue to do so until the world ends. But why does it rotate at all?

The Earth formed out of this disk of gas and dust which swirled around the newly created Sun. In this spinning disk, some dust and rock stuck together to form the Earth. As it grew, space rocks continued for collision with the nascent planet, exerting forces that sent it spinning. Due to the debris in the early solar system which was rotating around the sun in roughly the same direction. This collision also spun the Earth as well as everything else in the solar system.

Rotation is a Fundamental Behavior

But one more question arises here that why is the solar system spinning in the first place? The sun and its solar system formed when a cloud of dust and gas collapsed due to its own weight. Most parts of the gas condensed to become the sun, while the remaining material went into the surrounding, planet-forming disk. Before the collapse, the gas molecules and dust particles were moving all over the place. But at a certain point, some gas and dust happened to shift a bit more in one particular direction to set its spin in motion. When the gas cloud collapsed, the cloud’s rotation sped up.

In space, there is nothing to slow things down, once something starts rotating and so it usually keeps going. The rotating baby solar system, in this case, had lots of angular momentum which is a must to keep spinning. Therefore, all the planets likely spun in the same direction when the solar system formed.

Some planets put their own spin on their motion. Venus rotates in the opposite direction as Earth. Also, the Uranus spin axis is inclined 90 degrees. Despite many disturbances, everything in space rotates in one direction or another. Thus we can say that Rotation is a fundamental behavior of objects in the universe.

Q: What is the exact approximation of the Earth’s orbit speed around the sun?

Ans: The correct option is a.

Share with friends
Previous
What is Earth's Position in the Solar System?
Next
Moon Phases: 8 Phases of Moon Explained