In view of the coronavirus pandemic, we are making LIVE CLASSES and VIDEO CLASSES completely FREE to prevent interruption in studies
Physics > Astronomy > List of Discoveries of Galileo Galilei

Galileo Galilei was a very famous astronomer, engineer, and physicist. He is popularly known as the father of observational astronomy. His most noteworthy discovery was that the Earth revolves around the sun.

However, Galileo also made several other significant discoveries in physics. Let us find out more about the discoveries of Galileo Galilei here. 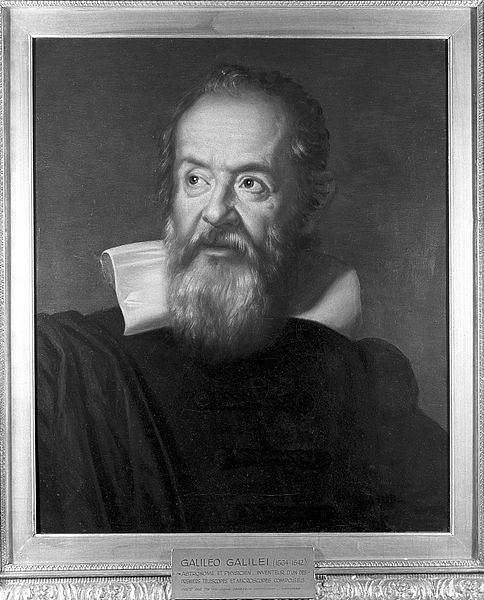 Galileo Galilei was a genius who learned how to make very powerful telescopes. Then he began to monitor and analyse the solar phases of the planet Venus. Above all, he noticed that Venus undertook similar phases to the moon.

Galileo Galilei: The Principal of the Pendulum

Galileo once noticed that a lamp swinging overhead takes exactly the same time for each swing. This occurrence took place even though the distance of a swing got progressively shorter. This principle of a pendulum made Galileo significantly famous around the world.

The principle of the Pendulum states that a pendulum would always take the same amount of time to finish a swing. This is because; there is always the same amount of energy in the pendulum. Moreover, this energy is kinetic energy. There is a transfer of energy from one direction to the other.

Galileo Galilei: What did Galileo Discover About Gravity

The law of falling bodies tells us that every object will fall an equal rate when accounting takes place for minor differences. In order to prove his theory, Galileo himself made a climb to the top of the Leaning Tower of Pisa.

Afterwards, he began to drop certain items of different weights. Consequently, every item hit the ground at the same time.

This law was in contrast to the theory of Aristotle. This is because the speed of an object’s fall was not proportional to its weight. Many experts had to change their previously held beliefs due to this discovery.

Galileo Galilei established mathematics as the language of scientific discovery. He was a pioneer in the scientific method and led to the ushering in of the modern practice of experimentation. Furthermore, Galileo calculated the laws of nature.

Galileo certainly made many notable astronomical discoveries. People living in the contemporary period accept these astrological discoveries of Galileo as common sense.

One such astrological discovery of Galileo was that the surface of the moon is uneven and rough. This was in contrast to the earlier belief of the people which was that the moon’s surface was smooth.

Galileo led to the discovery of four moons revolving around the planet Jupiter. Most noteworthy, Galileo propounded that many more stars exist in reality than what is visible to the eye. This was certainly a shocking revelation for the experts of that time.

Q1. Which of the following was not a discovery of Galileo Galilei?

A. The law of falling bodies
B. The law of universal gravitation
C. The principal of the pendulum
D. Orbit of the Earth

The law of falling bodies is a notable discovery of Galileo. Similarly, the other two options are also famous discoveries of Galileo.

Share with friends
Previous
Uses of Convex Lens
Next
What is Dosimeter and How does it Work?