We determine elements by their properties. One can easily distinguish between elements by the quality they possess. It can be both physical or chemical. Some of the major properties are- malleability, ductility, sonority, lustrous, melting and boiling points, density, reactions with oxygen, water and acids, etc. One of the most important physical property is conductivity.

We can thus define it as the ability of a material to allow heat and electricity to pass through it. It works with both physical movements of electrons and the transfer of energy between the electrons. 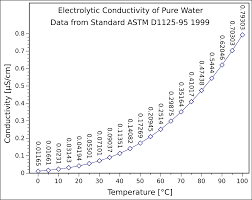 It could be through heat, electricity, liquids, air, etc. Its various types are:

Let us see each of the above types in detail:

It is just the reciprocal of resistivity. It is the ability of a material to pass an electric current through it. Its SI unit is siemens/meter. In electrical conduction, there is a real movement of electrons towards the positive electrode.

Factors affecting it are:-

a) Length of material – Length is inversely proportional to conductivity. Therefore, with an increase in length, electron collision increases. Thus, it hampers the flow of electricity.

b) Area- With the increase in the area of cross-section, the conductivity of the material also increases. With more space electrons tends to move freely, thus conducting more electricity.

c) Impurities – When we add the impurity to a material its conductivity will decrease. Like, sterling silver is not as good a conductor as the pure silver. That is the reason why alloys have less EC than pure metals.

Every material has its own EC. Silver has the highest conductivity while lead is the least conductive among metals.

Factors affecting it are:-

a) Area of cross-section – It is directly proportional to the area of the material. More is the area higher is the heat transfer.

c) Length- More is the length less is heat conductivity. A small iron rod is immediately heated compared with the long one.

Q- Does conductivity has any role to play in our weather conditions?

Ans- Yes, the flow of seasonal wind is due to the thermal conductivity of land and sea. In the day time, the land having good conductivity gets heated quickly than the sea. This temperature difference makes the wind to move from sea to land. Similarly, at night, the earth radiates heat quickly and becomes cold. Water being bad radiator remains hot, thus allowing the wind to flow from sea to land.