Progress in science always depends on well-planned experiments that yield communicable results. The scientific method involves tasks like asking a question, researching it, making a hypothesis and then testing the hypothesis. Let us discuss the controlled variable in detail.

The experiment should be a fair test in which we change only one variable. A variable may be a factor, trait or condition. Understanding the three basic kinds of experimental variables which are dependent, independent and controlled variables will help make the experiment a success. 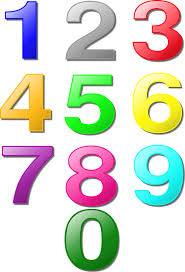 The variable that the scientist changes during their experiment are the independent variable. For example, take the experiment as a “cause and effect” exercise.

However, the control variable is not part of an experiment, but it is important because it can have an effect on the results. Remember that it is not the same thing as a control group.

Any given experiment will have numerous control variables. It’s important for a scientist to try to hold all the variables constant except for the independent variable.

If a control variable changes during the experiment, it may invalidate the correlation between the dependent and independent variables. Whenever it is possible, control variables should be identified, measured, and recorded.

Importance of the Control Variables

Although control variables may not be measured as they are not recorded, yet they can have a significant effect on the outcome of an experiment.

If we don’t control the amount of light, for example, we perform some part of the experiment in the summer and some part during the winter, we may skew our results.

Q: How do you identify the independent and dependent variables?

Share with friends
Previous
Titration - Types, Examples, Procedure
Next
What is Half Life and How to Calculate it?